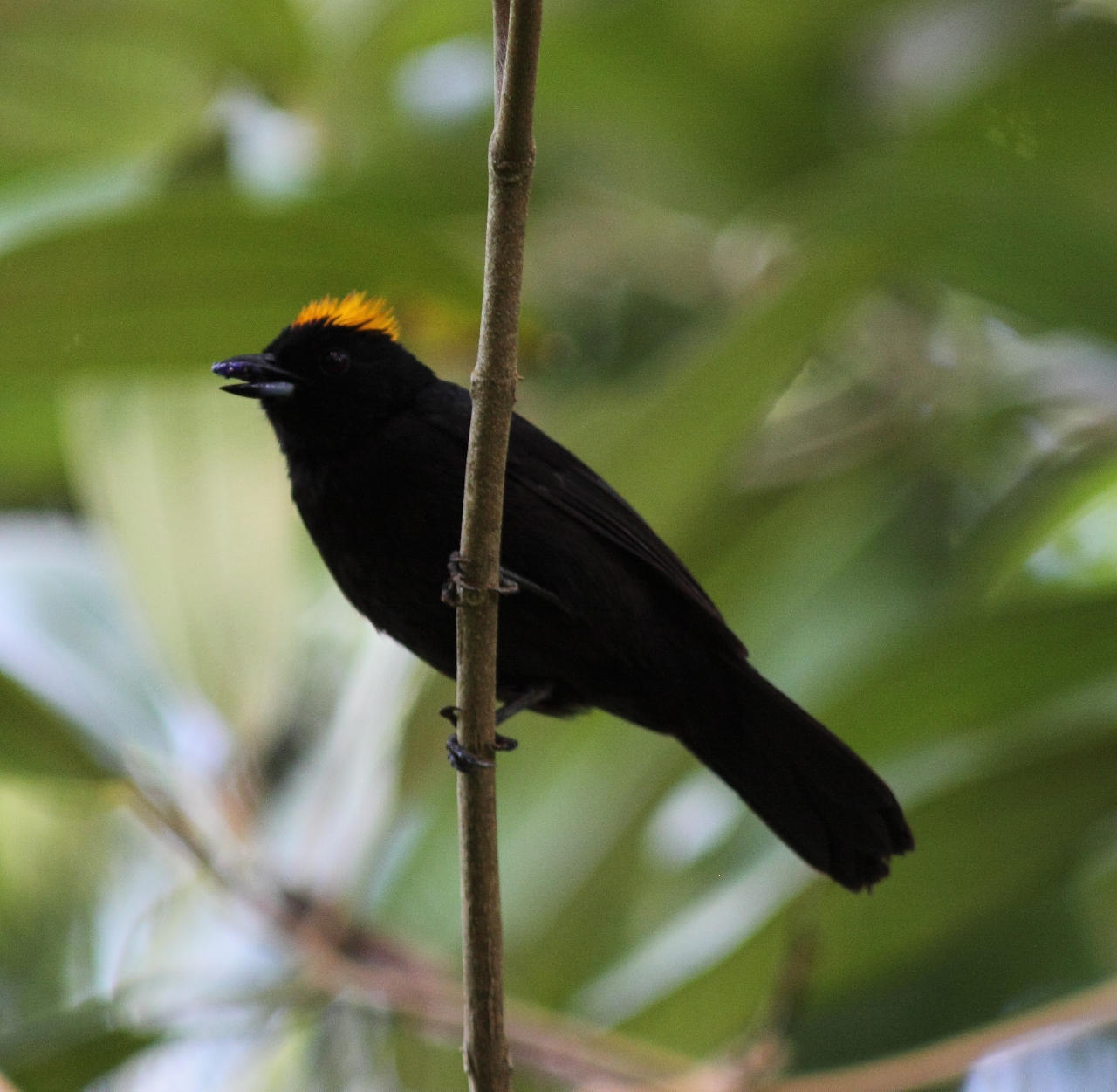 There’s no identification problem with the Tawny-crested Tanager (Tachyphonus delatrii) if you see the head of the male properly. I suppose that the first thought that comes to mind, with both males and females, is of the much more common White-lined Tanager. However, the male’s crest is very distinctive, while the female is much darker than the almost rufous female White-lined. 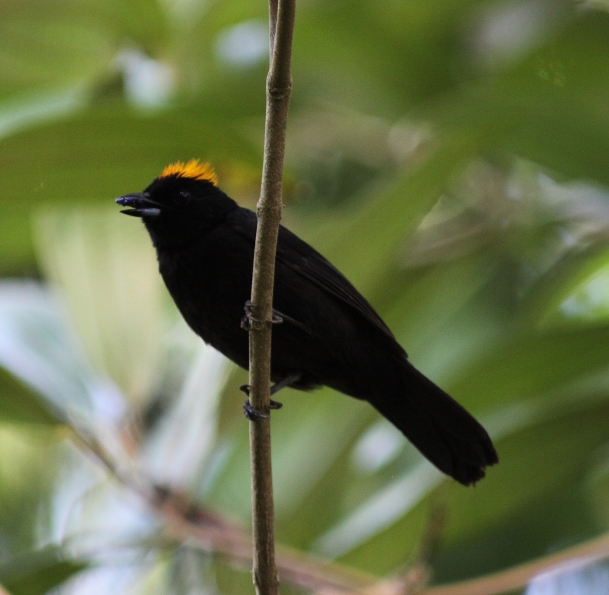 Male Tawny-crested Tanager on another day, courtesy of Karel Straatman

The Tawny-crested Tanager usually moves around in small groups; it’s fairly noisy and conspicuous but its range is mostly in the foothills between 800 and 1000 m elevation. I found it most recently thanks to John and Milena Beer, who showed me a wonderful river and forest environment near the hamlet of La Esperanza between the Rio Atirro and the Rio Nubes.

You can reach La Esperanza from Atirro in an ordinary car but you need a 4-wheel drive vehicle to get much further. In hot sun we didn’t really have much luck with bird species, though Emerald Tanagers and a female Black-and-yellow Tanager turned up. On other occasions here, however, John has found such uncommon species as Blue-and-gold Tanager and Broad-billed Motmot.