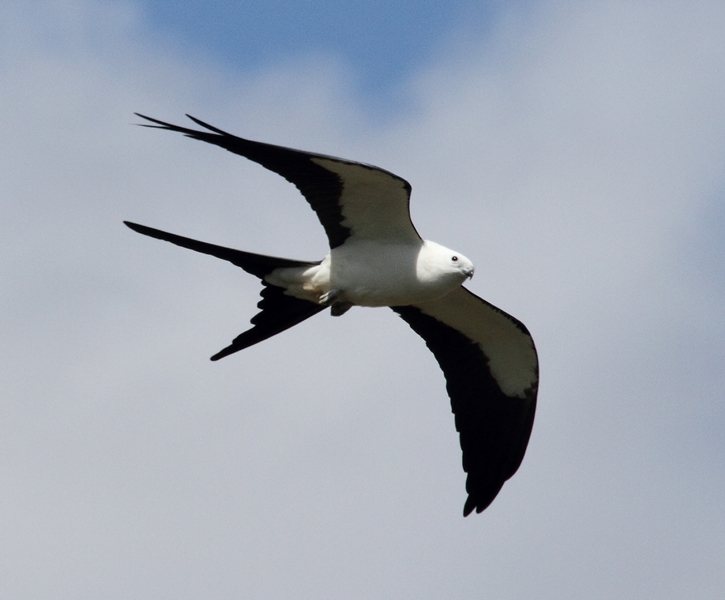 A quick trip to San Rafael brought an interesting sighting of a rather common species, the Chestnut-capped Brush-finch (Arremon bruneinucha) two birds on the roof of the new house just built by don Alejo of Cabañas El Bosque (you can find him on Facebook).  The sighting is interesting because this bird hardly ever appears here in San Antonio. I myself have never seen it here, and I remember that Jorge Fernández reported it as a big surprise when he saw one here last year. Jorge is a very experienced guide and has lived in the village all his life.

Chestnut-capped Brush-finch. Why is it not found in our village?

A tree stump on the property at San Rafael holds a nesting pair of chucuyos, our local parrot (White-crowned Parrot, (Pionus senilis), but the same morning I was treated to a wonderful close-up view of our other, much less-common chucuyo, the Brown-hooded Parrot (Pyrilia haematotis) as it ate bananas on the property of don Jorge, also at San Rafael. Here are photos of the two species for comparison: 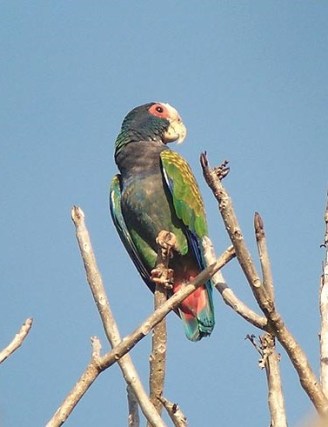 Our familiar local parrot, the White-crowned

This property has an expansive downhill view to the Caribbean. The view includes a small pond at a place called La Ceiba, where I have previously seen herons. I had no luck with those this time but I did have spot a troupe of Collared Araçari (Pteroglossus torquatus), a toucan species that seems to prefer lower elevations and has appeared close to my house only once in almost 8 years.

My final stop on a beautiful sunny morning in San Rafael was at the very top where the Ornate Hawk-eagle had recently appeared. No sign of him, but I was rewarded with the sight of two elegant Swallow-tailed kites (Elanoides forficatus) hanging almost at eye level above Sue’s house. Not bad for quick trip that wasn’t even supposed to be for birdwatching!

The first photos in today’s post are by kind courtesy of Richard Garrigues, co-author of The Birds of Costa Rica, and the final one, below, like the one above, was taken here in Costa Rica by friend Karel Straatman.