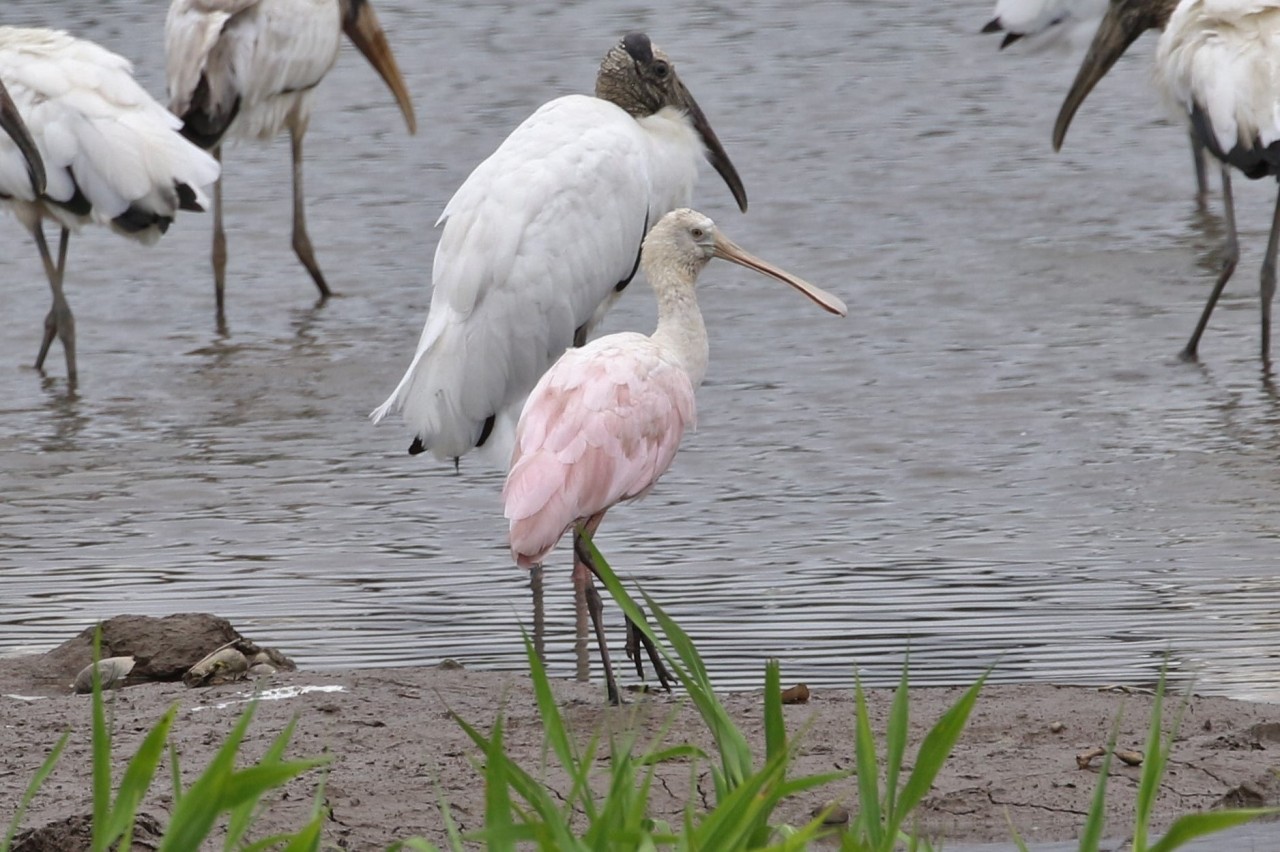 In June 2020 the Roseate Spoonbill (Platalea ajaja) was recorded in Turrialba for what appears to be the first time. The location, the large lake formed behind the Angostura Dam, which holds back the waters of the Río Reventazón, affords a prime area for waders. It has now increasingly become home to several species not formerly found in our area. The first spoonbills to arrive were both immature birds in pale-pink plumage. This year’s bird might reasonably be one of the same individuals, since the species takes three years to acquire full adult plumage. John and I found it to be again accompanied by at least 14 Wood Storks (Mycteria americana), a species that, although uncommon, is already established in the Turrialba area: 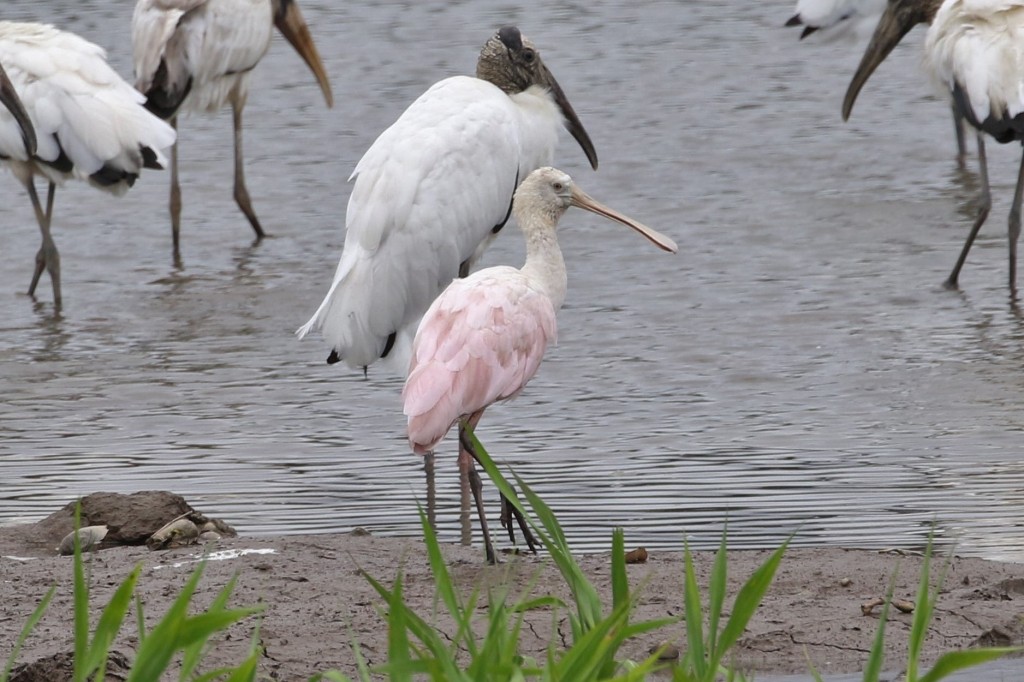 The uniquely flattened bill (cf. Spanish name, Espátula Rosada) is swept from side to side underwater, stirring up the mud and snaps shut when prey is detected. Our location is a good couple of hundred metres higher in elevation above the species’ normal range. For a long time the only known nesting location in Costa Rica was Isla Pájaros up in the far northwest in the basin of the Río Tempisque, but I imagine there must now be more nesting sites on the Pacific Coast.

Spoonbill with Wood Storks at Angostura; photo by John Beer

Spoonbills and Ibises belong to the Threskiornithidae family, of which there are just 4 species in the country. Until now, only the Green Ibis (Mesembrinibis cayennensis) could reliably be found near Turrialba. See my earlier posts for a detailed look at this species in our area.

Indeed, the Green Ibis was one of the first of the more than 60 bird species that we were able to identify on yesterday’s excursion. For a link to eBird with today’s list go to the end of this post.

Of the remaining 2 species, a group of 6 Glossy Ibis (Plegadis falcinellus) unexpectedly turned up in May of this year at the CATIE laguito. This cosmopolitan species is thought to have first crossed from Africa to South America in the 19th century. The following image shows an immature Glossy Ibis in an unspecified part of Costa Rica:

The New World native White-faced Ibis (Plegadis chihi), which can be difficult to separate from the Glossy, has not been recorded in Costa Rica, even though there are separate resident populations in both North and South America.

Costa Rica’s final ibis species is the beautiful White Ibis (Eudocimus albus), which shares almost the exact same range in Costa Rica as the Roseate Spoonbill. So far, however, there has been only one accepted sighting (no photos) in our area, that of a single bird in 2018, again at the CATIE laguito.

John’s picture of a White Ibis completes this post. It was taken at the Río Coto Colorado in the southern Pacific region of Costa Rica.

And now here’s the checklist for the morning’s visit to Angostura: