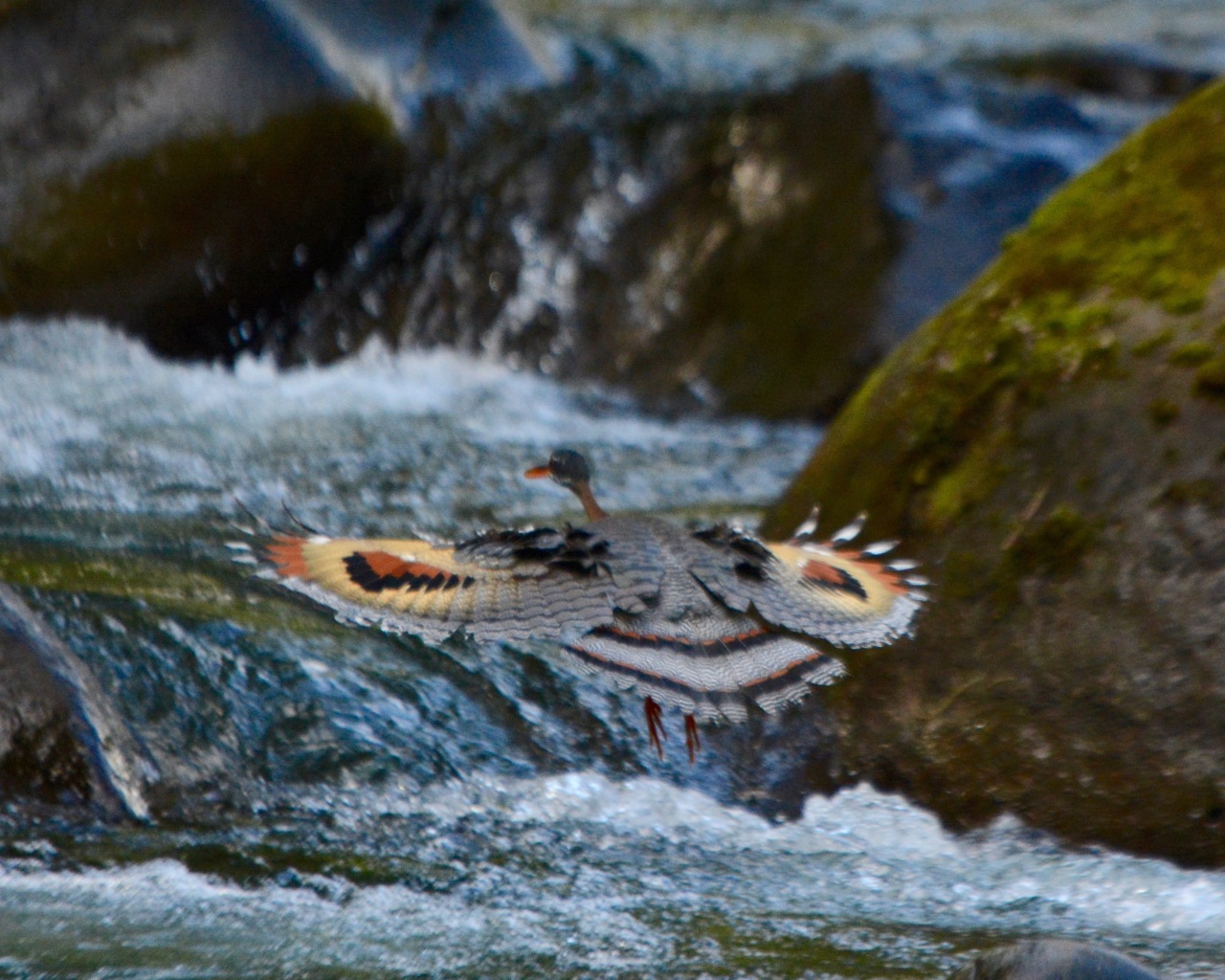 The Sunbittern (Eurypyga helias) is the sole representative of its family and is found from Guatemala south to Brazil. It is neither a bittern nor a heron and it is speculated that it was related to extinct bird species in both New Zealand and Madagascar. Captive birds have also been observed using bits of vegetation to attract prey in the manner of the Green Heron (Butorides virescens), a rare example of the use of ‘tools’ by birds.

When Stiles & Skutch published their ground-breaking work A Guide to the Birds of Costa Rica in 1989 the Sunbittern was considered to be ‘diminishing in numbers’ and its nest had ‘rarely been found’. Most details of its breeding behaviour came from a captive pair at the Zoological Society of London Zoo. This situation is no longer the case, and in our Turrialba area the bird is quite easy to find, even in the centre of the town. See my earlier post from June 2016 regarding a nest site at Quebrada La Loca close to my house in San Antonio de Santa Cruz.

The Sunbittern continues to be encountered frequently on all rocky streams in our area, but this week I was stunned to find one at the pond in my garden. My own photographs from yesterday of this individual are of insufficient quality for publication, but the following file photo shows how the Sunbittern’s fairly drab plumage transforms into startling beauty when it opens its wings:

My garden bird was most interested in the larger of the two small artificial ponds, standing with particular fondness on the small cascade of recycled water that falls into the pond. Happily, it will find no fish on the cascade, but it also patrols the pond edge looking carefully at the koi feeding there. After the morning hours the bird spent most of the day perched fairly high in the deep shade of the understory of a big guayabo tree. It was still there at dusk but has not been seen today.

2 thoughts on “Sunbittern in my garden”