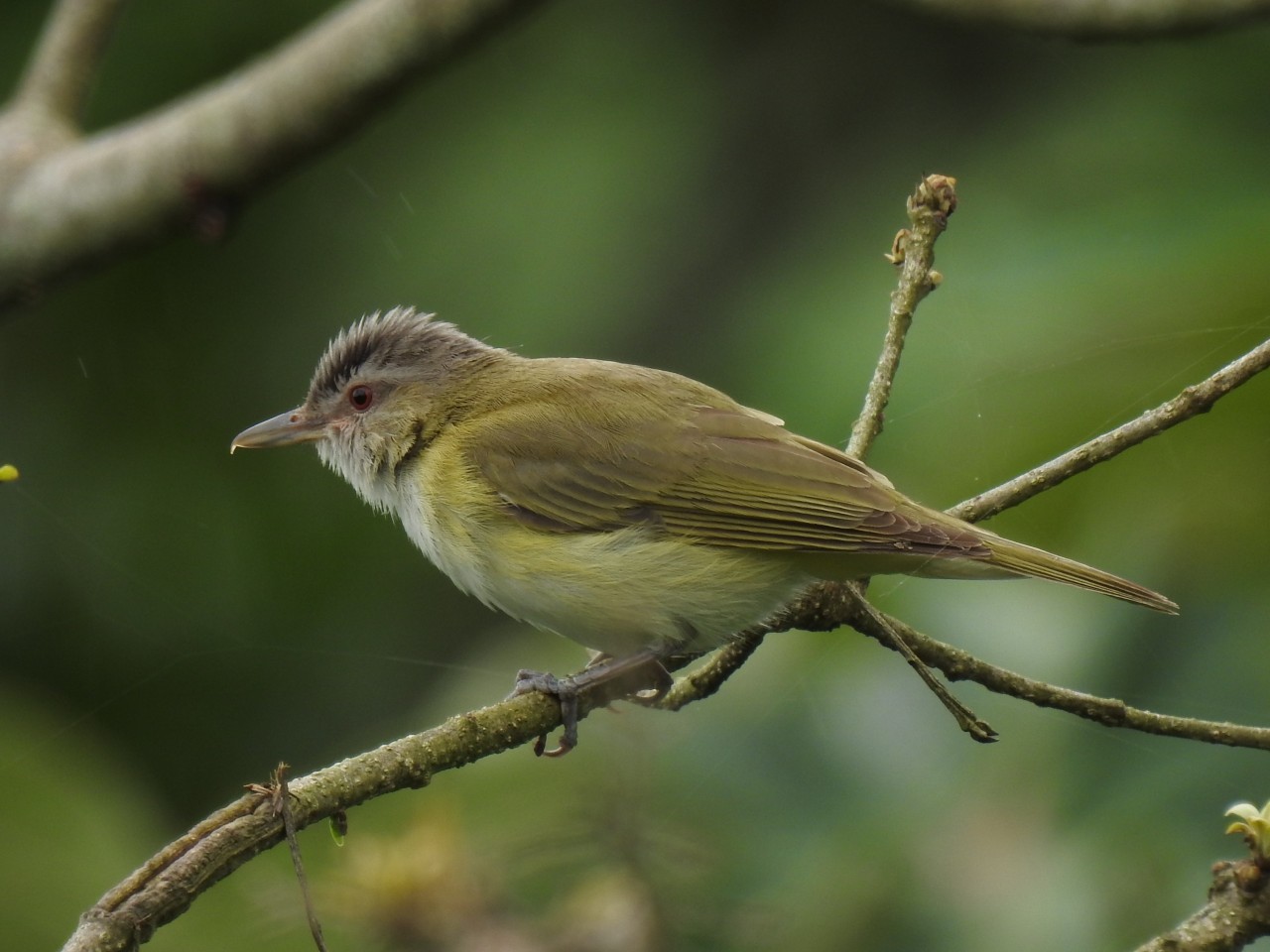 Two years ago, in late February 2017, I noted in this blog the annual return to the garden of one of only a handful of southern migrants, the Yellow-green Vireo (Vireo flavoviridis). It is the only passerine that passes south to spend the entire winter months absent from Costa Rica. North American birders can find it, with luck, only in the Rio Grande delta area. Upon my own return to Costa Rica this year, I now find this species to be one of the most highly visible and audible birds in the garden.

The chief difficulty with identification of this vireo is the possibility of confusion with the very common passage migrant, the Red-eyed Vireo (Vireo olivaceus). Note that both species have a red iris! Even John’s photo above of an undoubted Yellow-green in his garden in Santa Rosa shows a suspiciously dark line above the eye but not the complementary dark line through the eye that fully outlines the white above the eye of a Red-eyed Vireo. The photo above was taken on May 24, which would be a very late date for the Red-eyed, nearly all of which are now back on their North American nesting grounds. Here’s one safely back in northern Minnesota:

Since immature Red-eyed Vireos also show yellow on crissum and flanks they can easily be identified as Yellow-greens. Red-eyeds pass through our area on their way south between September-November and again on their return north between late March to May.

As I type this, however, I can hear the slow series of connected chirrups that the Yellow-green Vireo persistently makes. It sounds almost like a House Sparrow.

2 thoughts on “Vireos – Yellow-green and Red-eyed”