When November and December arrive I know that I have a better chance of finding the Mountain Elaenia (Elaenia frantzii) in my garden. This is a common species of flycatcher whose range begins at 1200 m and extends up to timberline. My house is at an elevation of almost 1300 m, yet almost all of the more than 50 sightings that I have recorded of this bird here in San Antonio have been between the months of November and February. I can easily find it any time, however, simply by moving a few hundred metres higher up the Turrialba Volcano road, where it is one of the core species. 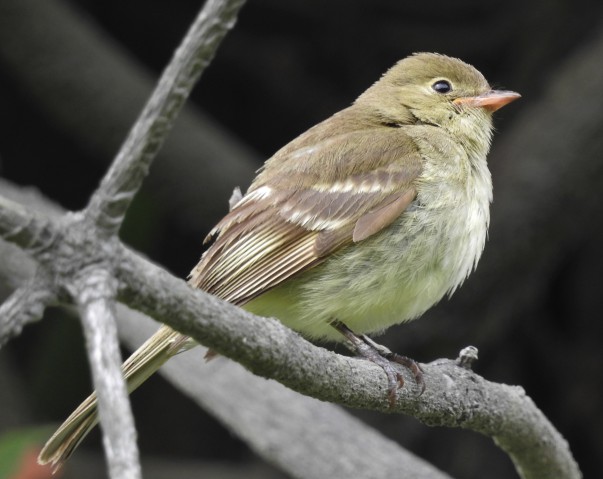 When it is here in my garden, the Mountain Elaenia, although a flycatcher, seems to feed almost exclusively on the berries of the guacamaya and the fruta de paloma. Very often it is in the company of the Long-tailed Silky-flycatcher (Ptilogonys caudatus), whose range it shares: 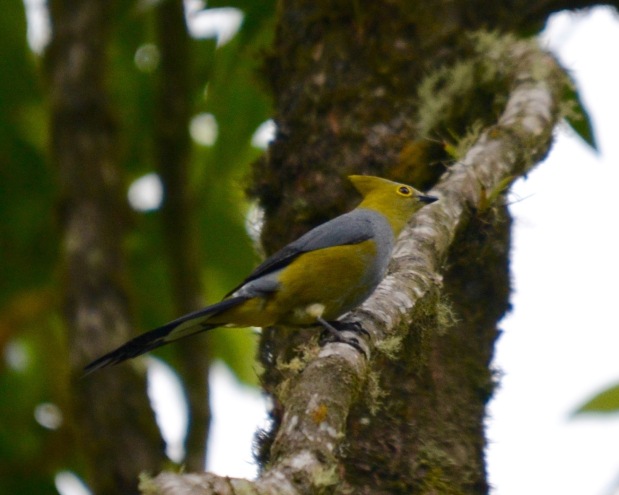 I can expect the first small seasonal flock of this beautiful species at any time in the next few weeks.

For most of the year the only elaenia species in the garden is the very common Yellow-bellied Elaenia (Elaenia flavogaster). You have to be careful because when this species lowers its distinctive crest it can look very similar to the Mountain Elaenia. The latter’s fluttery movements when it feeds on the berries seems distinctive to me, as do its noticeably pink lower mandible and fairly conspicuous eye-ring. Here’s a photo of a Yellow-bellied Elaenia: 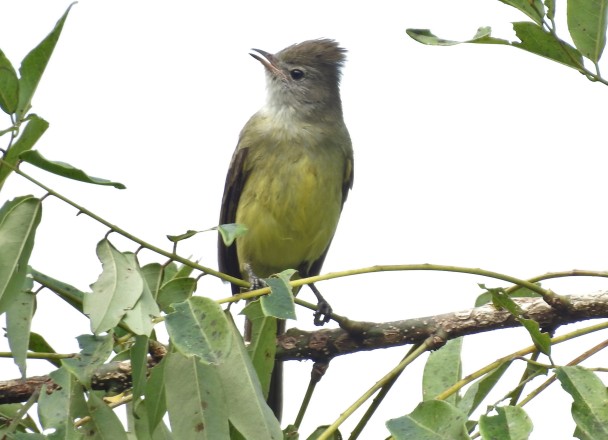 Yellow-bellied Elaenia at the CATIE canal. Photo by John Beer

It’s true that the Yellow-bellied is yellower below than the Mountain Elaenia, but under different lighting conditions this distinction may not always be reliable. In summary, I find that the season of the year and the food source give the best indication that the Mountain Elaenia has descended from the volcano slope.