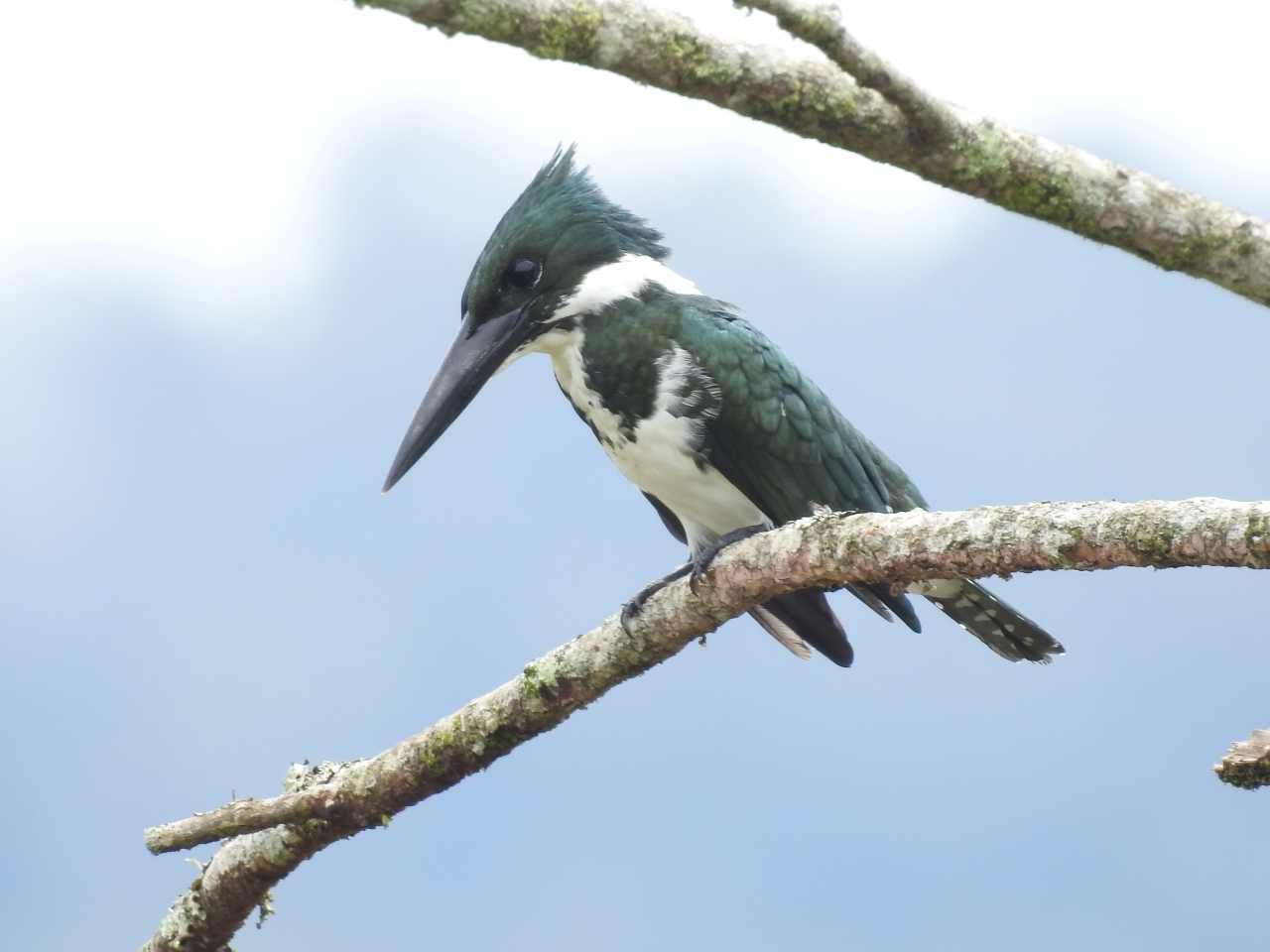 The walk along the shores of the Angostura Dam to where the Río Reventazón enters the lake provides both woodland and aquatic species. Among the latter are the Snail Kite (Rostrhamus sociabilis) and the Limpkin (Aramus guarauna), which can perhaps be considered signature species here because they are otherwise very difficult, or even impossible, to find in our region. Although we had only a single Limpkin this time, we again had at least 6 Snail Kites (John had 8 a few days earlier). Here’s a nice photo of a juvenile, taken at this location:

Adult birds are very dark, but all plumages show a white rump that is an easy field mark when the birds are in flight.

Our latest morning walk was highly productive and we were able to see several birds that have been missing from recent lists. Sometimes, however, even extremely common birds are of great interest. Take a look at this Tropical Kingbird (Tyrannus melancholicus), a species that it is impossible to miss almost anywhere in Costa Rica: 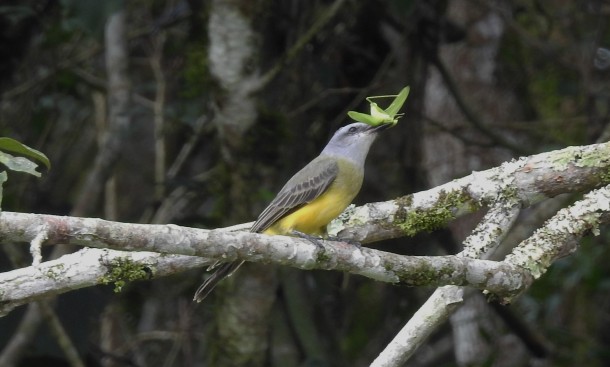 Tropical Kingbird about to swallow whole this tasty morsel to death; photo by John Beer 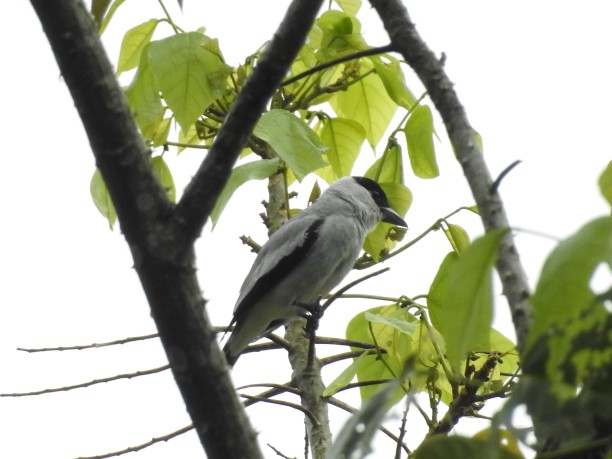 The Black-crowned Tityra is found in many parts of Costa Rica but is rather uncommon; photo by John Beer

The day had begun with a pair of Sunbitterns (Europyga helias) that were picking through the leaf litter on the path in front of us, but our best views were on the lake shore, where several kingfishers appeared. This next shot is a particularly good one of a female Amazon Kingfisher (Chloroceryle amazona) that I at first thought was a male Belted Kingfisher (Megaceryle alcyon). The latter blue-grey species is mostly a migrant from North America and is a slightly larger bird than the Amazon Kingfisher. I find that it isn’t always easy to determine if the bird you’re looking at is dark green rather than blue-grey.

Sitting nearby on a similar branch was a female Green Kingfisher (Chloroceryle americana), a rather more common species that is very similar to the amazona. When you have them both together the huge difference in size is very noticeable, though you can’t tell from John’s photo:

Look for the white wing spots on the Green Kingfisher; this is a female, tiny in comparison with the Amazon Kingfisher; photographed by John Beer

Check out the rest of the day’s photos at our list at the following link. They include a partial shot of what was the bird of the day, a loudly calling Gray-headed Kite (Leptodon cayanensis):

One thought on “Angostura – always a great walk”