There was no chance of  a photograph of this sighting, even if I had carried a camera! I knew immediately from the black ‘necklace’ on yellow underparts that the skittish warbler that briefly appeared in the top of a low tree in Santa Cruz was either a Canada Warbler (Cardellina canadenis) or a Magnolia Warbler (Setophaga magnolia).  Unfortunately, I have only limited familiarity with either of these species, both of which are migrants in Costa Rica. I managed a view of only about 15 seconds before the bird disappeared.

Of the two species, the Canada Warbler is much the more common here in Costa Rica, and it also tends to migrate a little later than the Magnolia Warbler. The Canada Warbler, however, has plain grey upper parts, while my bird, even from the brief view, clearly had some white both on the wings and on the head. I was able to see the tail, two-tone with the final half in black, only from below. I therefore incline towards the Magnolia Warbler.

This would be a late sighting for either of the two species. The latest Magnolia on record for our area on the eBird database is mid-April , while the latest for the Canada Warbler is early May. My own local sightings, only two in 2010, of the Magnolia Warbler are from down below at CATIE, while I have seen the Canada Warbler here close to home on the Turrialba Volcano slope with some frequency.

In retrospect I insert a photo of a Canada Warbler, taken at nearby Aquiares. 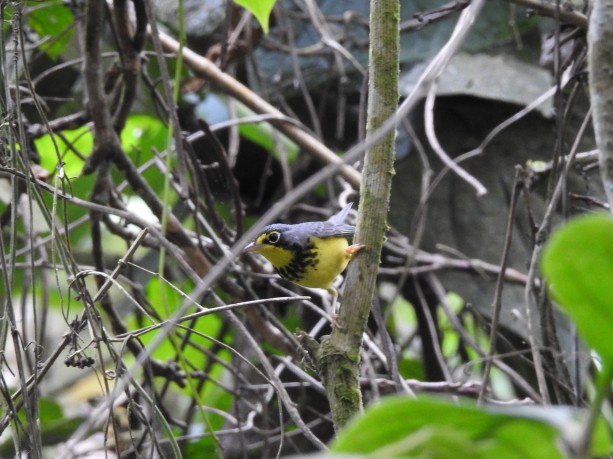 Common sense speaks then for the Canada Warbler, but I must exclude it because of the white that I briefly saw on wings and head. Retrospect always brings doubts, and I will perhaps never be absolutely sure.

Friend and lumberjack Larry Waddell came up with this shot (which I retrospectively insert) of a Magnolia Warbler, already back on its breeding grounds in Minnesota on May 19, 2018: 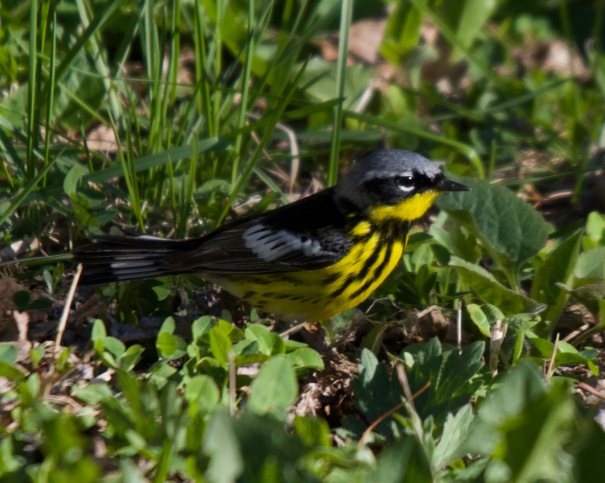 Larry seems to find this species in Minnesota summers with some regularity. Here’s the first pic he ever sent me of one, taken in July 2017: 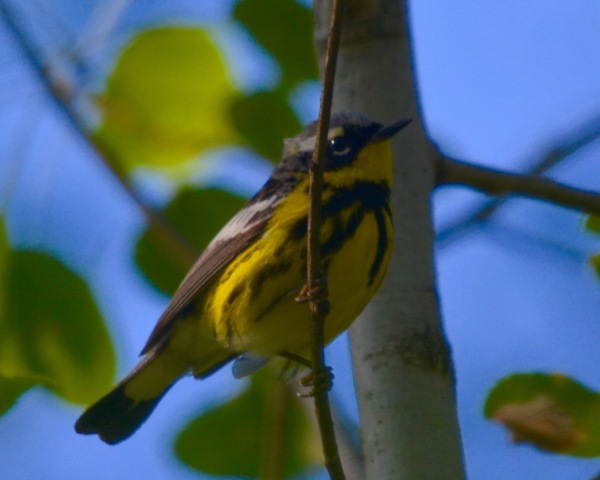