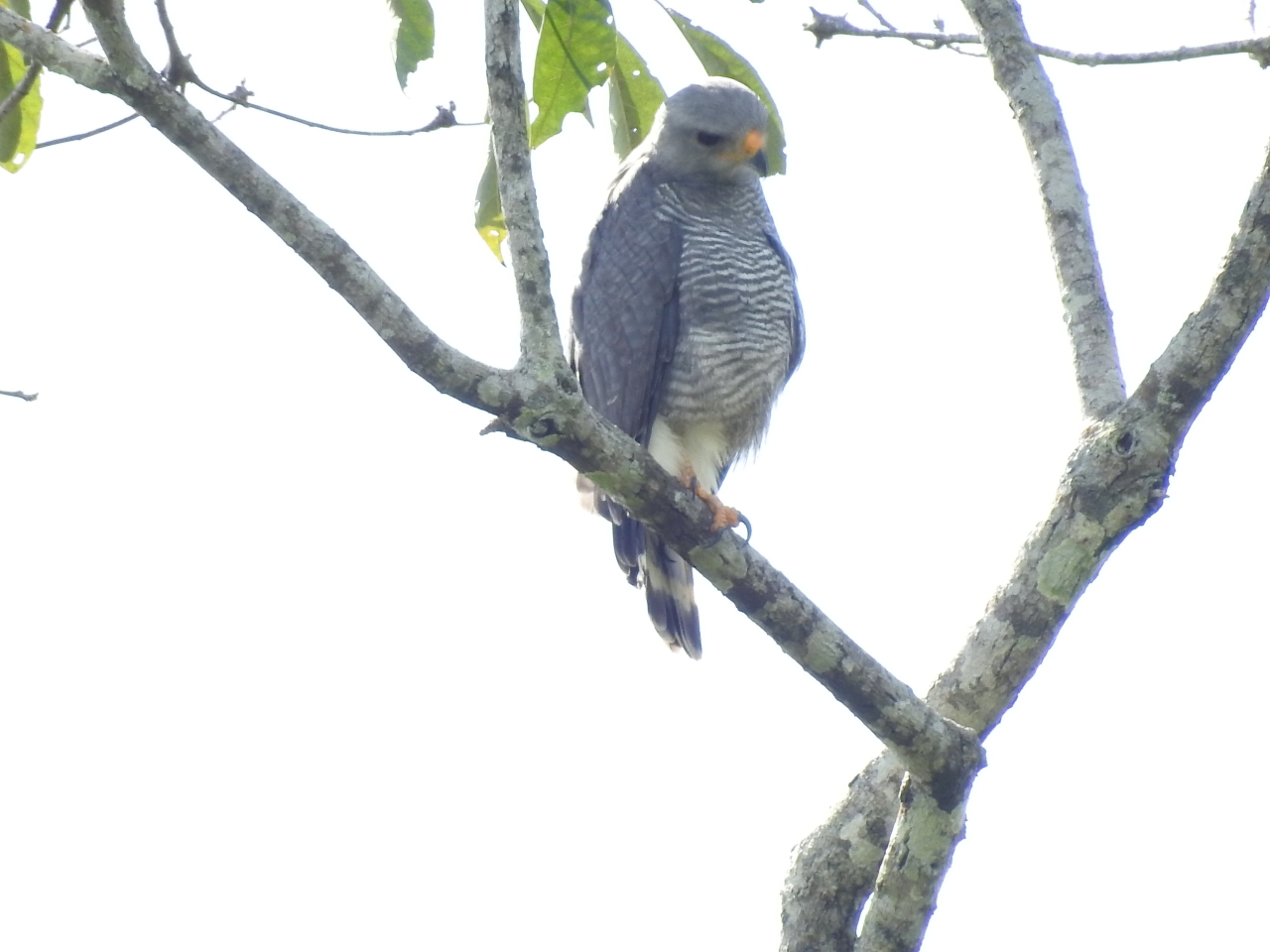 Costa Rica’s lush vegetation offers a huge variety of fruit on which birds feed. First among the fruit-eaters are the tanagers, of which there are at least 30 different species in the country. To these can be added another 10 that bear the tanager name but that have recently been reclassified as Cardinalidae, i.e. grosbeaks etc.

One of the most beautiful tanagers to be found in the Turrialba area is the Crimson-collared Tanager (Ramphocelus sanguinolentus). This bird is resident from south-eastern Mexico south to Panama. In Costa Rica it is found almost exclusively on the Caribbean side. Lucky Turrialba! I find it to be not a rare species here but neither is it very common. It is generally found below 1100 m, which explains the relatively few sightings here in San Antonio, at almost 1300 m. It is always a great treat to see one up close. John Beer‘s photo, above, was taken at about 800 m near the Rio Armado, which flows into the Rio Tuis at La Suiza. Here’s a possibly even better shot that he took in his garden in nearby Santa Rosa: 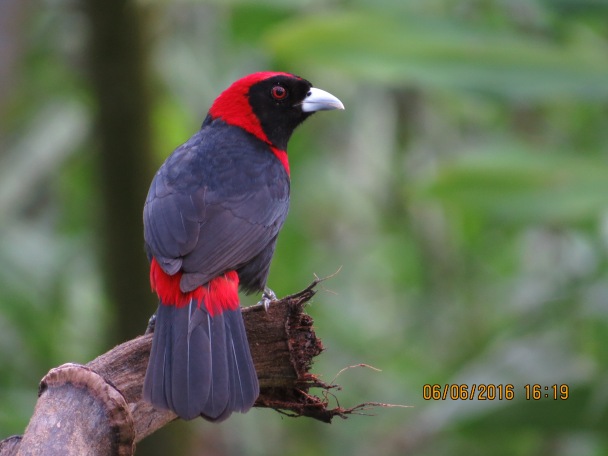 Males and females of the Crimson-collared Tanager are identical.

Visitors to Turrialba thus have a very good probability of seeing this fine bird, but remember that it is only one of very many almost equally beautiful tanagers that are waiting for you!

Here is the full list of our sightings from our walk up the Rio Armado:

Highlights, for us, were White-shouldered Tanager, Barred Antshrike and Gray Hawk. John managed a reasonable shot of the latter, which was perched a fair distance away: 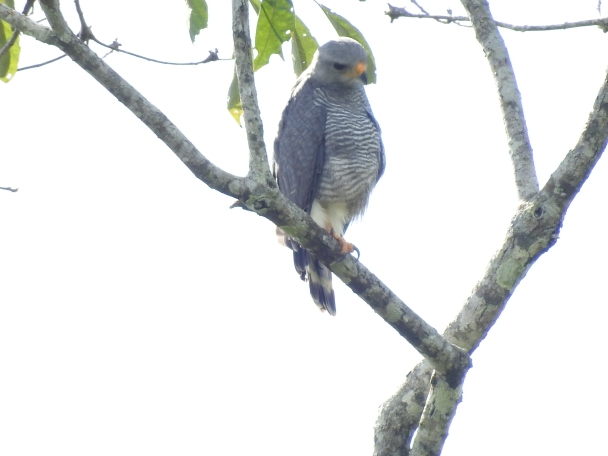 As a final note, it must be remembered that this species, which is not common in our area, was recently split, with birds in the southern Pacific now being termed Gray-lined Hawk (Buteo nitidus).

One thought on “Crimson-collared Tanager”