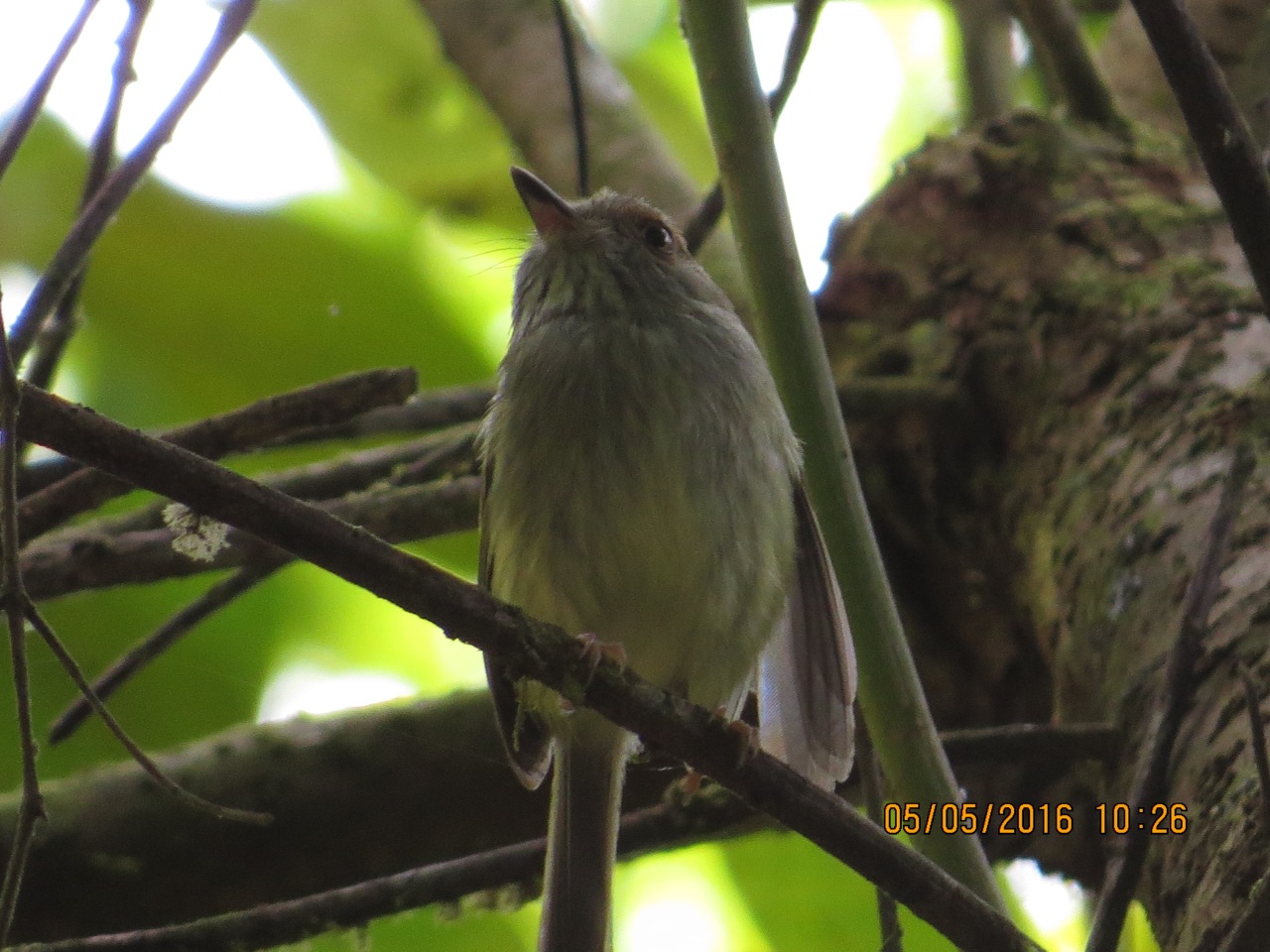 The hamlet of Torito is located at around 1450 m elevation on the eastern slope of the Turrialba Volcano. I have mentioned before that the nearby Rio Lajas provides a kind of forested corridor down-slope from Torito to the Monumento Nacional Guayabo. Larry Waddell and I were looking specifically for Emerald Toucanet and Collared Trogon, two species that should not be too hard to find in that area. No luck with those, each of which is a beautiful bird, but we had the good fortune to hit a small mixed flock that included one of my favourites, the Red-headed Barbet (Eubucco bourcierii), the only representative of its family (Capitonidae) in Costa Rica. 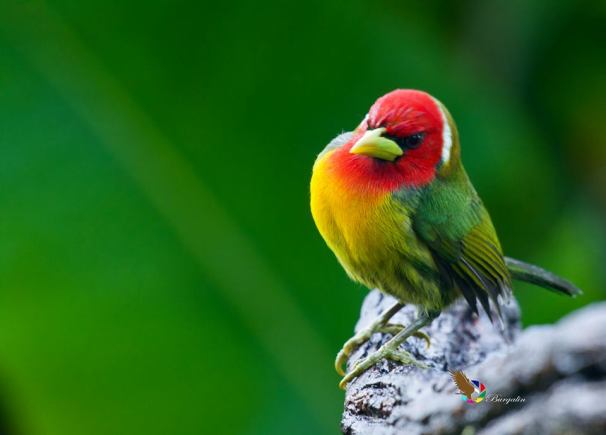 The female appeared first and, though it eluded Larry´s camera, it gave us the best views. It is not as gaudy as the male but is nevertheless a very smart bird. Here´s a female in another photo by Fernando Burgalin also taken at La Cinchona, Vara Blanca, in the Central Highlands. 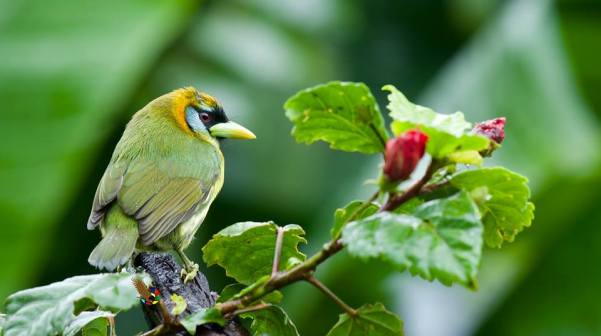 We were high above the river and the hamlet on a path through thick forest that descends to a pretty waterfall. At some point we lost the path, which was obstructed in parts by tree falls after the heavy rains, and were unable to get down to the waterfall. We found only 12 species, none of them rare, in about an hour, but the forest environment provides reward enough, with its own magnificent silent world, penetrated by just the occasional bird calls. One of these was the sharp call of the Scale-crested Pygmy-Tyrant (Lophotriccus pileatus), a tiny flycatcher with a rufous-and-black crest.  This species is reasonably common in our area but very hard to spot in its forest environment. Unfortunately, it does not often raise its black-and-red crest. 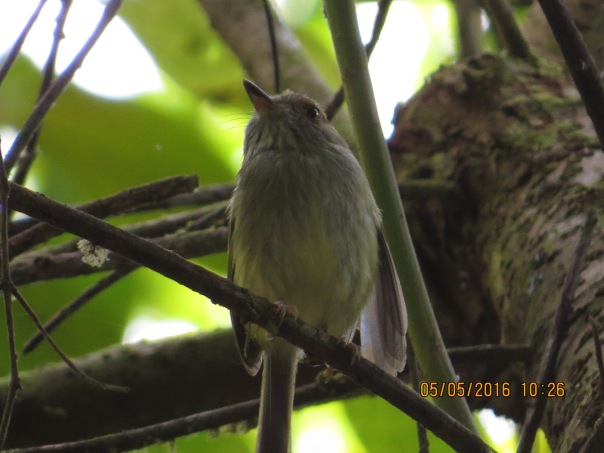 Scale-crested Pygmy-Tyrant on the Rio Tuis, near Turrialba, courtesy of John Beer

On my next visit to the Torito area I hope to explore the area further east, which has many accessible dirt roads, some of which then allow access to the Caribbean at La Alegría.

Here’s the brief list from this short trip, including overhead vultures:

4 thoughts on “Red-headed Barbets at Torito”