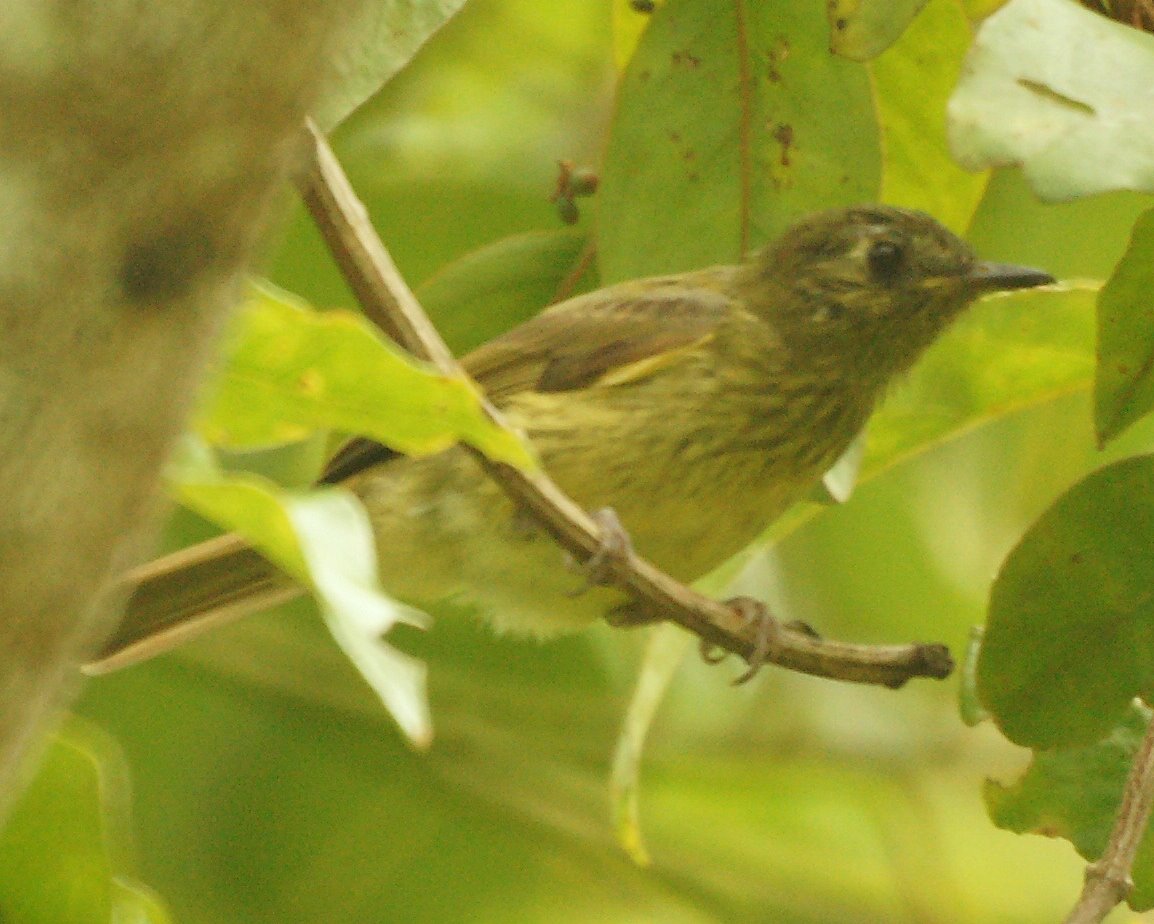 Friend Armin Dett is  visiting us from Germany, on his way to Estación La Gamba, near Golfito, where he is commissioned to  write a book on the moths of that region. Armin has already published a beautiful book on the same subject pertaining to the moths of Radolfzell, Lake Constance, Germany.

We paid a quick visit to the forest up behind El Gavilán y Las Truchas, at the top end of the village, finding a nice stick insect with red wings and a poison frog, among other delights of whose existence I had only a dim suspicion. Several birds were to be seen, the highlight being an Olive-striped flycatcher (Mionectes olivaceus).  This is only my second sighting of what is supposedly a common bird at these elevations. Identification of flycatchers in Costa Rica can be very difficult, but this particular bird makes it easy because it has a white spot behind the eye and a streaky breast. Here’s a photo taken in Venezuela by courtesy of flickr’s Creative Commons:

In a final note for today, the Turrialba Volcano had another minor eruption, reportedly at 3.30 am, just when I was getting up to head for the airport at Alajuela. I saw no sign of ash having fallen, neither at Oreomuno nor in Cartago and San Jose.