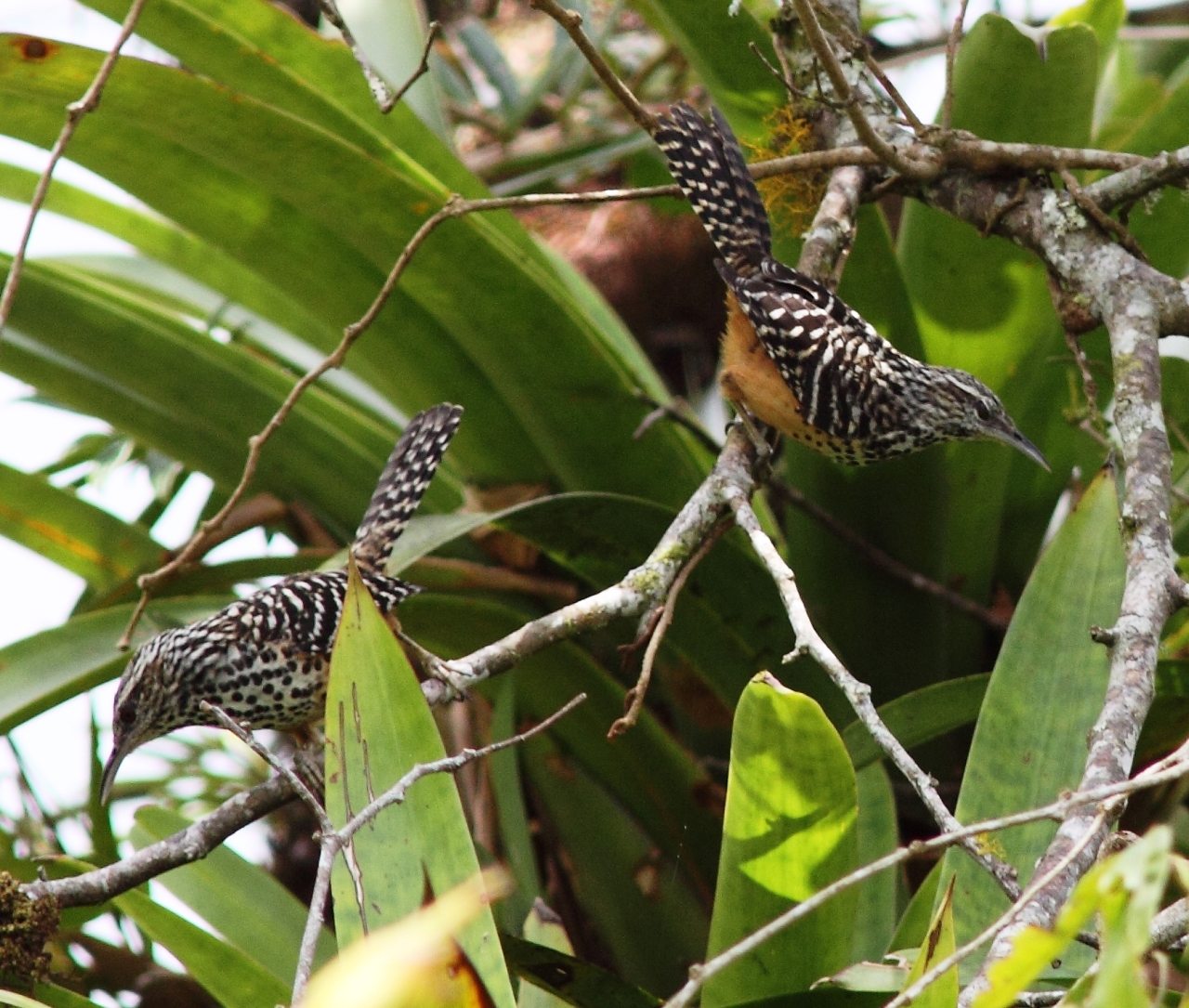 I’m just back from England, where, despite the considerable recent bird population declines, the wren, “jenny wren” is still a common and familiar bird. Yes, it’s THE wren, the only one. Its official name is Eurasian Wren (Troglodytes troglodytes), though its range extends into Africa, and it is no longer considered conspecific with North America’s very similar Winter Wren (Troglodytes hiemalis).

Well, now I’m back in Costa Rica, a relatively small country, where European visitors will find it’s a very different situation. It’s a wonderful world, with 22 different wren species to pick from. But of course this brings with it the attendant identification difficulties.

It’s not been so bad for me because this time, upon arrival, I have had to submit to a restriction here in house and garden of two weeks’ quarantine because of the all-pervasive Covid virus. And here at home in the village of San Antonio de Santa Cruz, only 3 different wren species have ever dared to show their face in my garden in all these years. It’s true that at least 3 others are practically within earshot, but that seems like cheating, don’t you think?

Well, here’s the one least to be expected but which does occasionally show up, as it did, rather surprisingly, this week. The photographs were not taken here at the house – avid photographers and big pals John and Larry are also kept away by the virus situation:

The Band-backed Wren‘s loud chuckling call gives it away every time. It’s also the country’s largest wren species, measuring some 7 inches from tip of bill to tip of tail. Other wren species skulk low down in thick tangles of undergrowth and are often very difficult to spot, even when their songs are explosively loud for such tiny birds. But the Band-backed Wren likes to clamber up fairly high on mossy trunks and branches. It’s also a very sociable bird and I have seen family groups of more than 5 or 6 birds sitting closely adjacent to each other.

The other two wren species in my garden are what Englishmen call ‘LBJs’, little brown jobs, but the adult Band-backed is strikingly handsome with his heavily spotted black-and-white upperparts contrasting nicely with the rust-coloured belly. It ranges from central Mexico down all the way to Ecuador.

The next time the Band-backed Wren visits me perhaps Larry or John will be on hand to take their photographic portrait in my garden.

Probably the first bird I ever saw here in the garden, some 12 years ago, was the tiny and rather nondescript House Wren (Troglodytes aedon). I remember it well because it was actually inside the house, having wandered in through the open doors as we gave our new home its first cleaning. Funnily enough the exact same thing happened when I arrived back this time and I had to shoo out of the back door one that had entered at the front. When it’s not nesting in the light fixtures in the garage or inspecting my living room, the House Wren often sings from an exposed perch:

The other wren species that lives, and nests, in the garden is a species formerly called the Plain Wren (Cantorchilus modestus). It was fairly recently the subject of a split between lowland Caribbean birds that had even earlier enjoyed separate species status as the Canebrake Wren (Cantorchilus zeledoni). I have not found that much drabber species in the Turrialba area. Though we are at the entrance to the Caribbean here in Turrialba, local birds are of the more brightly plumaged variety, now named for a noted German ornithologist and termed Cabanis’s Wren. It retains the scientific name Cantorchilus modestus but is known to locals here as chinchirigüí. This is in imitation of its loud and rollicking song, which is often performed as a duet between male and female.

To end today’s post here’s a shot of a pair of Band-backed Wrens taken back in 2011: