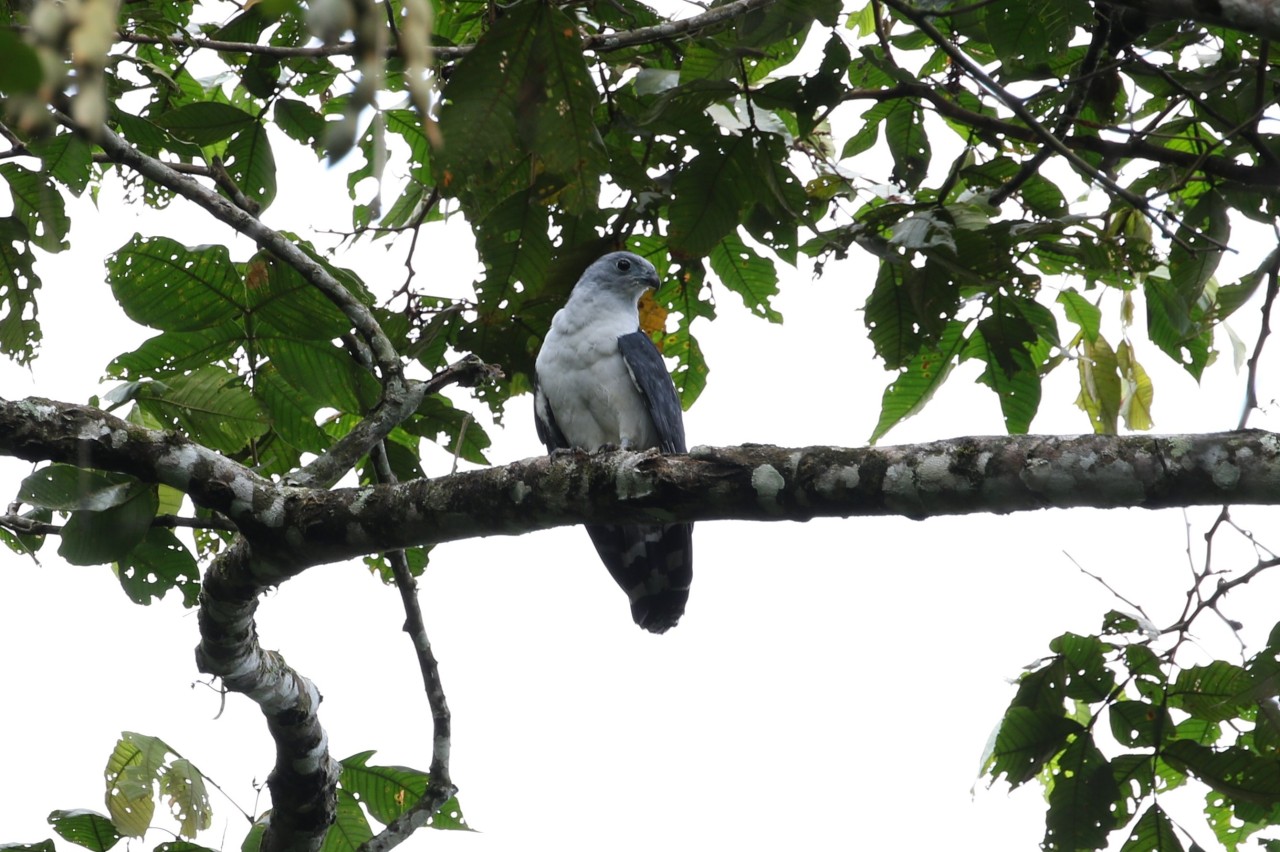 This medium-sized hawk is a relatively broad-winged species found in lowland forest areas on both the Caribbean and Pacific slopes. It ranges generally up to an elevation of around 900 m. However, one of the few good views I have had of this species was just a couple of kilometers away from home at Guayabo National Monument (elevation approx. 1000 m) – see my previous post from February 2017. Another good lowland site that is a possibility is Peralta, where it was also reported in mid-October.

When seen in flight this kite’s wing shape recalls perhaps a hawk-eagle:

And now for the latest sighting: Alfonso Pacheco’s ecological farm Finca Tres Equis, which extends from the Turrialba-Siquirres main road down to the Río Pacuare – close to the limit with the neighbouring Province de Limón – is at one of the lowest elevations in Cartago Province. This location is proving to be a true goldmine for bird species that otherwise are not commonly found in our area. It is perhaps your best chance of seeing the beautiful Gray-headed Kite hereabouts.

Adult birds do not present too much of an identification problem because of their contrasting black-and-white plumage, but note also the almost dove-like head and face and small bill. Not a very ferocious look at all!

The Gray-headed Kite hunts unobtrusively, usually within the forest canopy, and it preys mostly on “the eggs and nestlings of small birds but also on the brood of wasps and ants” (Stiles & Skutch, A Guide to the Birds of Costa Rica, p. 98). Small reptiles and some insects are also taken.

The next photo captures the deceptively mild facial features….

The plumage of immature birds can be highly variable, as in this particularly handsome specimen, which appeared at Lagunas de Bonilla in October 2018:

Here is Alfonso’s final view of his bird at Finca Tres Equis:

This next photo shows that this uncommon hawk has also appeared at John’s house in Santa Rosa:

2 thoughts on “The beautiful Gray-headed Kite”