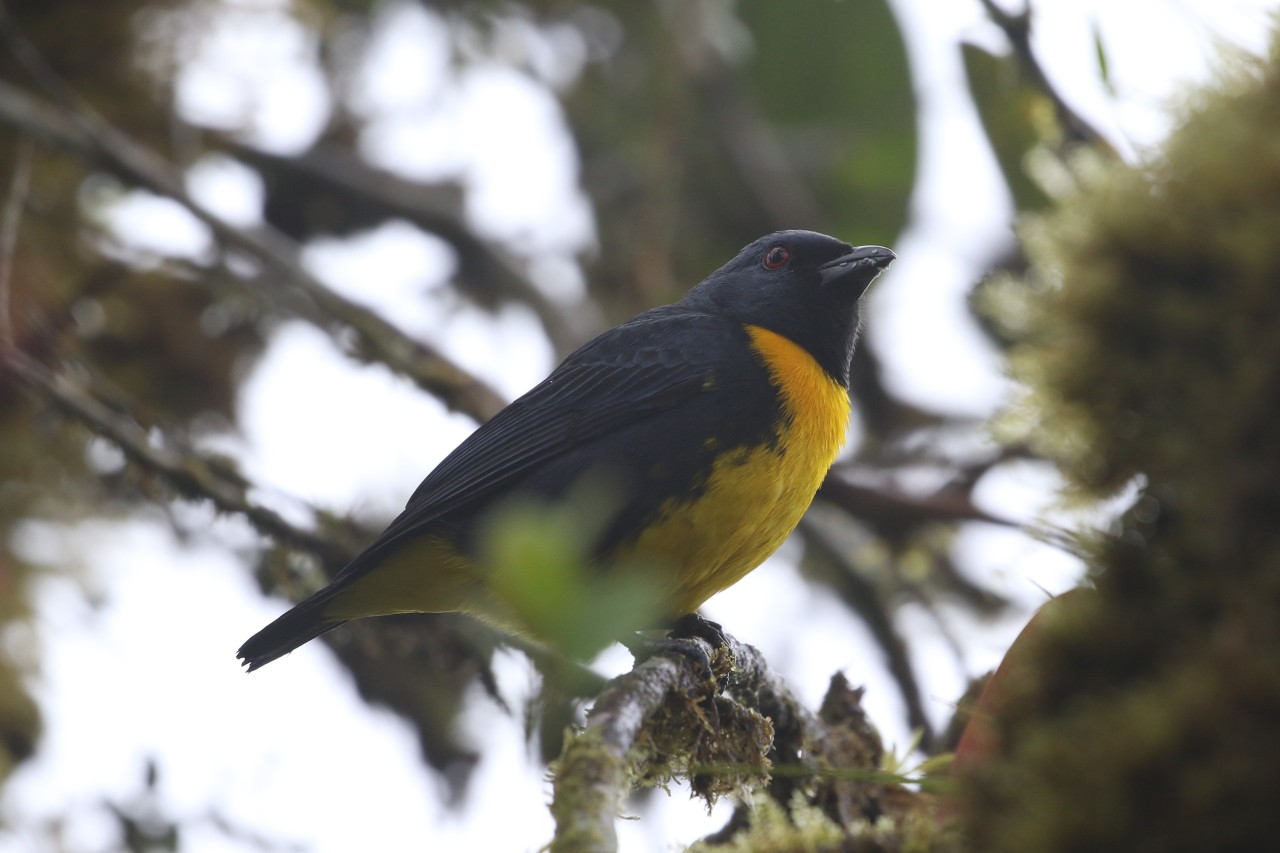 John and Milena visited the San Ramón area at the extreme western end of the Central Valley and found the Blue-and-gold Tanager (Bangsia arcaei) at the Villa Blanca Cloud Forest Hotel and Nature Reserve. This is a very uncommon and near-threatened species found generally in humid middle-elevation (not high-elevation) forest, but only in Costa Rica (Caribbean) and Panama (two areas only). An eBird record from Uvita on the Pacific Coast seems to me dubious at best. The town of San Ramón is at an elevation of about 1000 m but Villa Blanca is higher up (1200 m) where the Caribbean and Pacific regions meet.

It’s a fairly chunky tanager with dark blue upper parts that contrast beautifully with the yellow below.

My own best sighting of this species occurred years ago at Bajo Rodríguez, also in the San Ramón area. In the Turrialba area a few sightings have been recorded, both on the Turrialba Volcano slope and lower down, for example at CATIE. To my surprise there is one recent record for the Espino Blanco Reserve, very close to my home, but Guayabo National Monument has only one eBird sighting (from 2009). A little further afield the bird can sometimes be found in the Río Tuis valley, though I myself have had no luck on any of my many visits. Even further away the major birding spots of La Alegría (near Siquirres), El Copal (Pejibaye area) and of course the National Park at Tapantí offer good possibilities of finding this elusive species.

Back in May, 2016, John Beer found the individual pictured below on a local excursion (I missed out again!) to La Esperanza on the Río Atirro. Note the distinctive red eye.