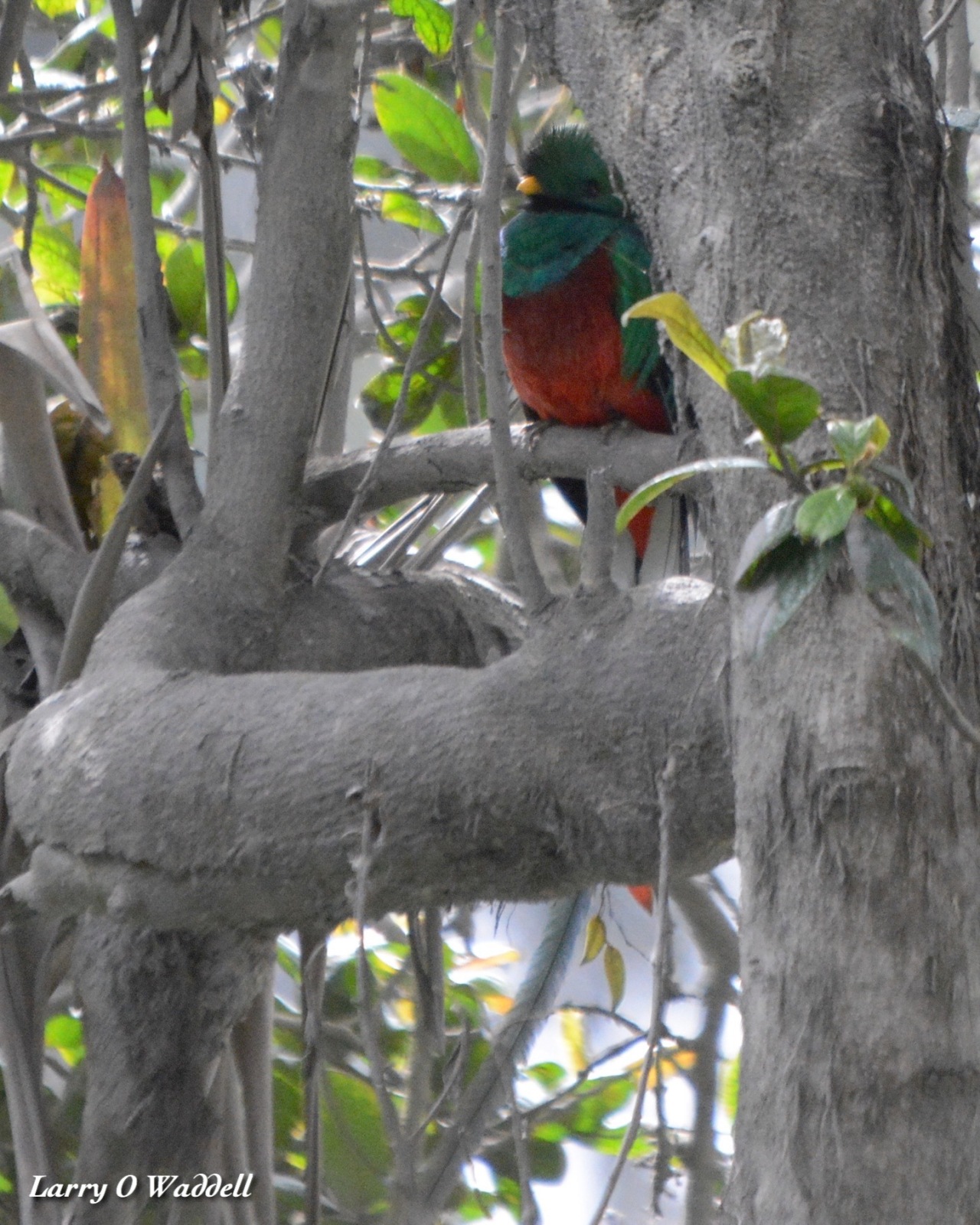 I’m late with this post but my final trip of 2019 up the Turrialba Volcano made a nice Christmas present. Photos were taken by my two Dutch guests, Maarten and Lukas, but they have not yet arrived so here goes with a summary of the highlights at El Tapojo. Earlier photos from visits to mostly the same site must stand here in lieu of the shots of the individuals actually seen on the day.

Lukas had never seen a quetzal but I can never be sure to find one at the prime site on the Turrialba Volcano slope, El Tapojo. Imagine our delight then when a male Resplendent Quetzal (Pharomachrus mocinno) in full flight was the first bird of the day at the La Fuente turn-off. Soon it was joined by two females and another male, and a little further towards El Tapojo we heard at least one more individual calling. As is usual at this site, Black Guan (Chamaepetes unicolor) was also in close attendance.

Here are the day’s 6 mountain hummingbirds in approximate order of size, beginning with the biggest, the one with the very long, straight bill, the Talamanca Hummingbird (Eugenes fulgens):

To be heard everywhere with its repetitive call is the Lesser Violetear (Colibri thalassinus):

Almost as common in the mountains here is the Fiery-throated Hummingbird (Panterpe insignis). Look for the blue-black tail and thin, straight bill because the fiery throat is not often displayed:

Usually found a little lower down the road is the rather distinctive Purple-throated Mountain-gem (Lampornis calolaemus). The female is particularly easy to identify with her almost cinnamon underparts:

The final two species are pretty much insect-sized, with the Volcano Hummingbird (Selasphorus flammula) usually occupying only the highest elevations:

It’s hard to get the gorget colours on these tiny mountain hummers (range overlaps), but Larry did manage the following shot of the male Scintillant Hummingbird (Selasphorus scintilla):