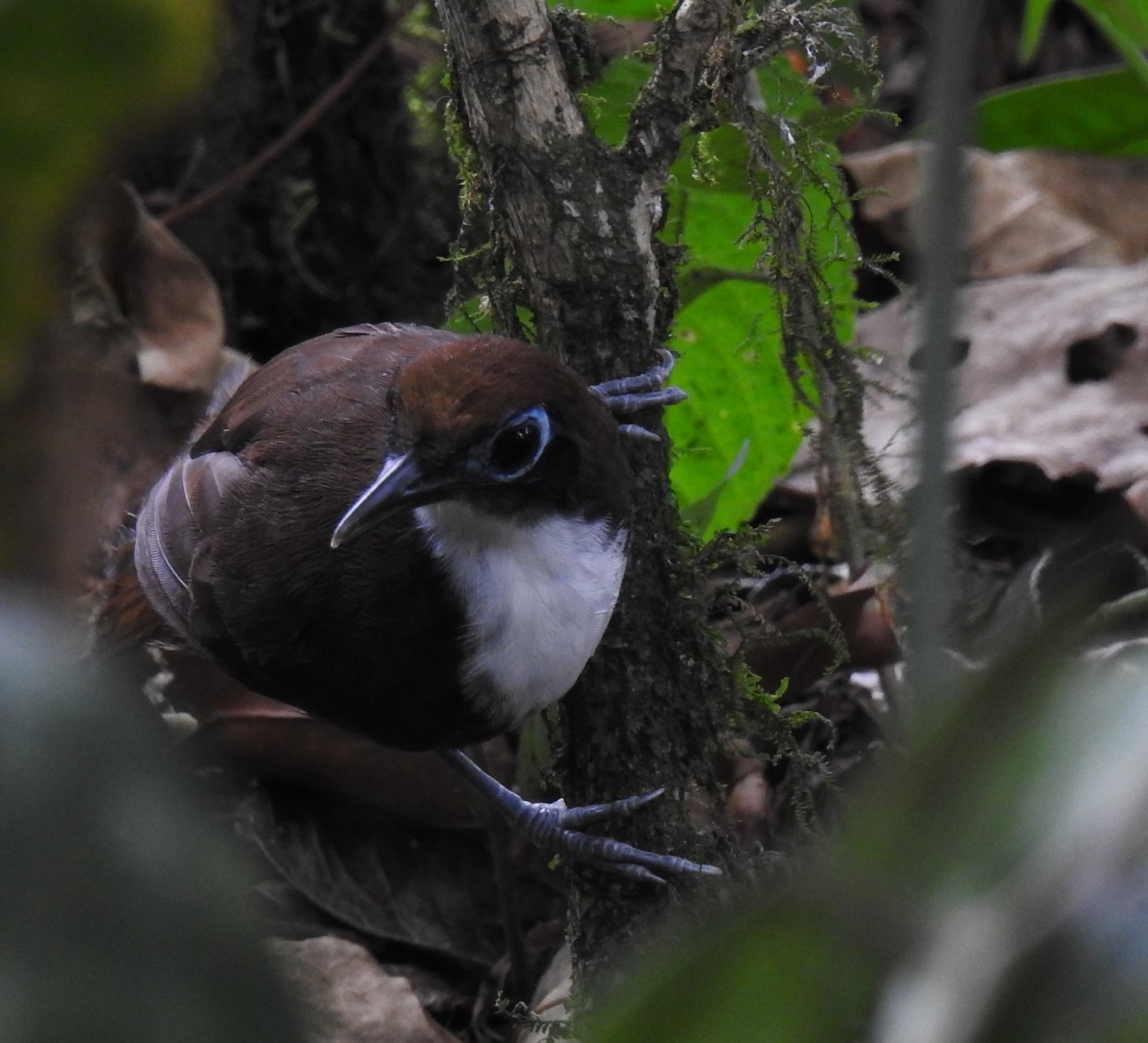 It was hard to pick a bird of the day from the wonderful outing at the Las Brisas Reserve. Actually, we paid two visits with the principal birding taking place inside the reserve beginning around mid-day. That’s not the best hour of course and yet we had a very busy time with at least one major mixed flock. I have split my comments into two separate posts and now here’s Part 2. Remember, we had no cameras and all the accompanying photographs are from file.

I’ll begin with woodpeckers and woodcreepers. We found just two woodpecker species at Las Brisas this time. The Black-cheeked Woodpecker (Melanerpes pucherani) is our commonest Caribbean woodpecker, but the Rufous-winged Woodpecker (Piculus simplex) is a lowland species that is not only hard to find but has a restricted range from eastern Honduras through Costa Rica to western Panama.

The dark cheek and light iris must be noted to avoid confusion with the Golden-olive Woodpecker (Colaptes rubiginosus), a relatively common middle-elevation species that did not appear on this trip: Here’s a side-by-side comparison of male birds:

Woodcreepers (16 species in Costa Rica) are notoriously difficult to identify but the Plain-brown Woodcreeper (Dendrocincla fuliginosa), an uncommon forest species of the Caribbean lowlands, is conspicuous in showing no streaking or spotting at all.

The little Wedge-billed Woodcreeper (Glyphorynchus spirurus) inhabits low to middle elevations on both coasts and is perhaps more likely to be confused with one of the two xenops species (p. 200-1 in Garrigues & Dean’s field guide) rather than with other woodcreepers. The peculiarly shaped bill, if seen clearly, should dispel any doubt:

A bird that seems to pop up frequently when in company with guide Steven Aguilar is the Buff-throated Foliage-gleaner (Automolus ochrolaemus).

It’s one of those skulking woodland species that Steven is very adept at finding. Were it not for him I would have much less success in finding antbirds, for example. Steven knows most of their calls very well so that with some considerable patience I have now been able to see and identify close to 20 different members of a family of which I used to despair. We heard and glimpsed 6 antbird species on the mid-day visit to Las Brisas, including the beautiful but uncommon Bicolored Antbird (Gymnopithis leucaspis):

The next one could have been the bird of the day but we had only a fleeting glimpse of a perched Black Hawk-Eagle (Spizaetus tyrannus), crest and all, before it flew. I’ve seen this magnificent bird of prey on no more than four or five previous occasions. Each time the bird was in flight, so this time I had to catch my breath for a moment when Steven drew my attention to the perched bird.

I have no photograph of a perched Black Hawk-Eagle. Can anyone help?

Hummingbirds are plentiful at Las Brisas and it’s virtually impossible to miss the Snowcap (Microchera albocoronata). This little beauty is much sought-after by visiting birders. It ranges from southern Honduras through Costa Rica to western Panama. The male is impossible to misidentify, though the female may pose problems:

Don’t miss out on the Las Brisas Reserve; check the following links for information about the Reserve and for the day’s bird list: