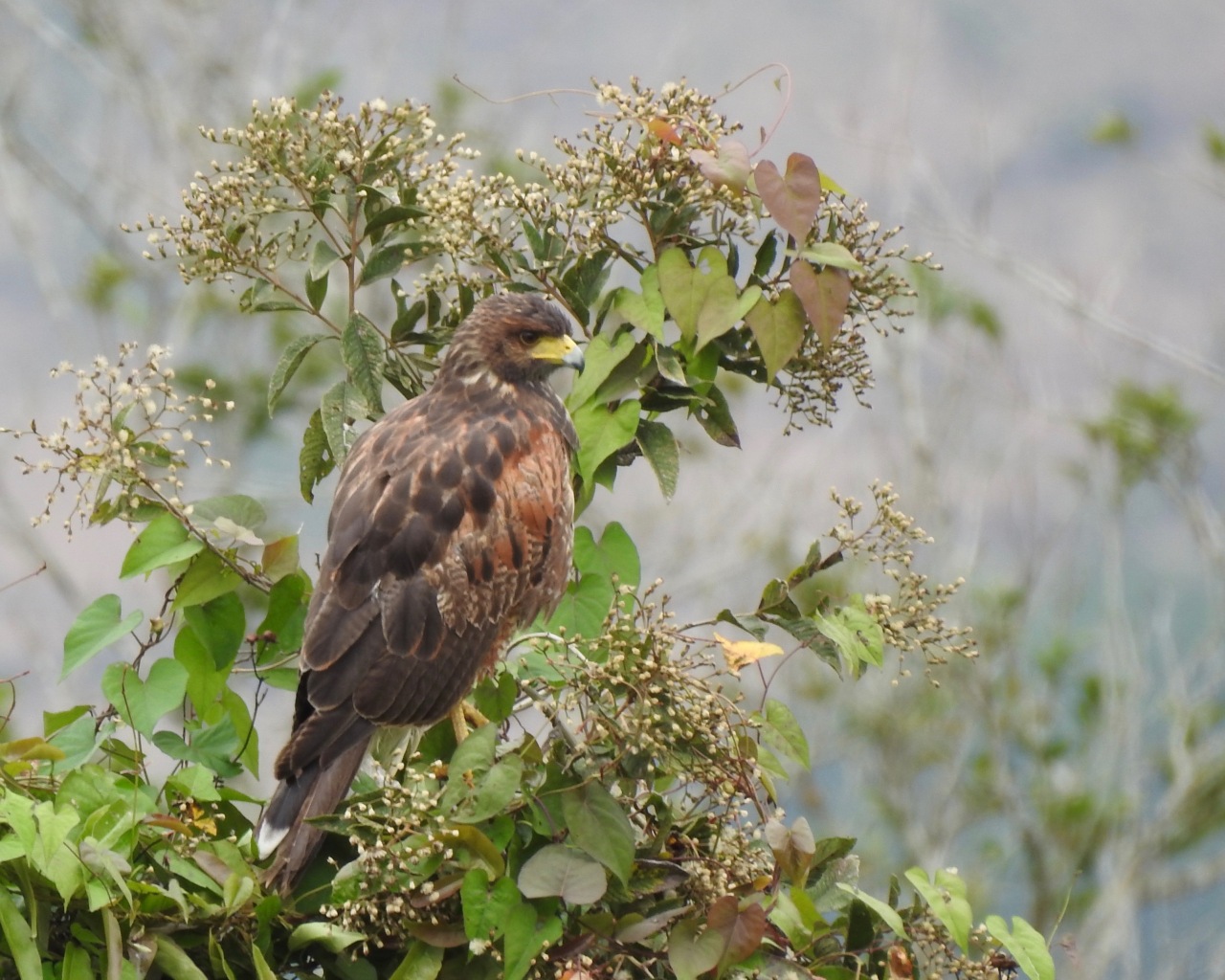 The Harris’s Hawk (Parabuteo unicinctus) reported for the first time ever, it seems, in this part of Costa Rica is still here. It was first mentioned in late January and then again in February, but Larry Waddell found it this week on the banks of the lake not far from Casa Turire and took a couple of excellent photographs on which he should be congratulated.

Local birders will be delighted to see these photographs, others perhaps less so since this is not a rare species in other parts, ranging widely throughout both North and South America. This includes Central America and Costa Rica, where, however, nearly all previous sightings are on the Pacific side of the central highlands and mostly in the north of the country. Some reports come from the Los Chiles area in the Caribbean north, where the flatlands of Guanacaste are less separated from the Caribbean lowlands.

This medium-sized hawk often hunts in packs, unlike other hawks, and is also often used by falconers in North America. It is non-migratory and this individual must be considered an accidental in our area. My first ever view of one was of a bird being used by a falconer near Dallas, Texas. Here’s Larry’s pic of this beautiful hawk in flight:

The Angostura Dam is a prime bird-watching area that is not to be missed if you are birding in our area. Other species hard to find elsewhere include the Wattled Jaçana (rare vagrant but with at least one individual often reported recently), Limpkin, Snail Kite, and both Pinnated and Least Bitterns.

One thought on “First good photos of the Harris’s Hawk at Angostura, Turrialba”