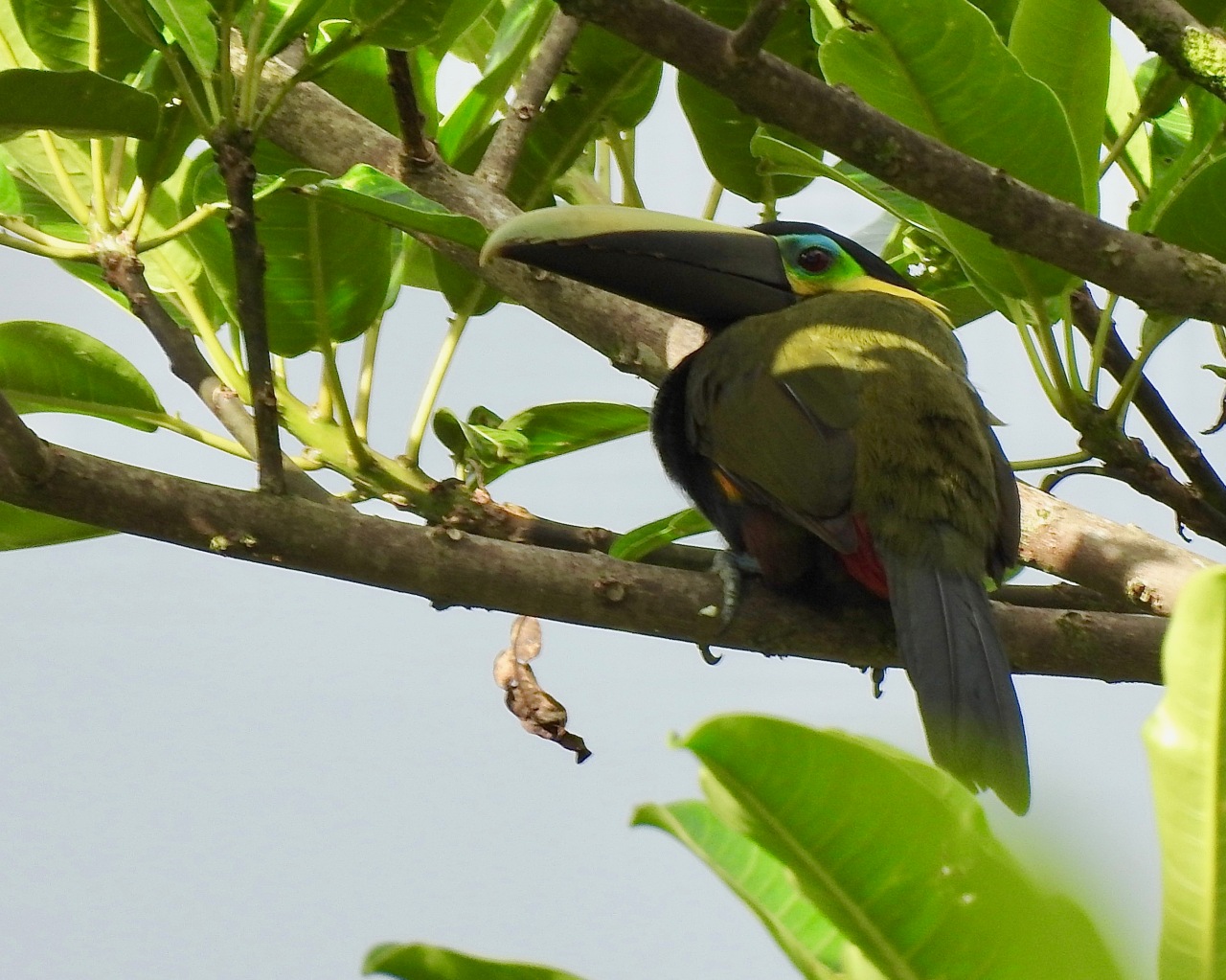 In general it’s easy to see toucans in Costa Rica. There are 6 different species and practically all areas of the country have at least one species that is an everyday sighting. In the Turrialba area, as in many others, the Keel-billed Toucan (Ramphastos sulfuratus) is omnipresent except at the highest elevation. Almost as frequently observed is the Collared Araçari (Pteroglossus torquatus), while at higher elevations the Northern Emerald Toucanet (Aulacorhynchus prasinus) is not uncommon. The only other toucan species in our area is the Yellow-eared Toucanet (Selenidera spectabilis), which according to my experience I have to consider a rare species :

This is the only toucan species with visible plumage differences between the sexes. Unfortunately, because of the scarcity of our sightings so far we have no photograph available of a female, whose crown is brown rather than black and whose ‘yellow ear’ does not have the extended streak so clearly visible in the photo of the male below.

This week Larry and John and Milena Beer found the above male at Tausito on the rough road between Pejibaye and the Tapantí National Park. Wish I could have been there because I have seen this fairly large (15 in) and truly beautiful bird only once. For details see my earlier post (September 2016).