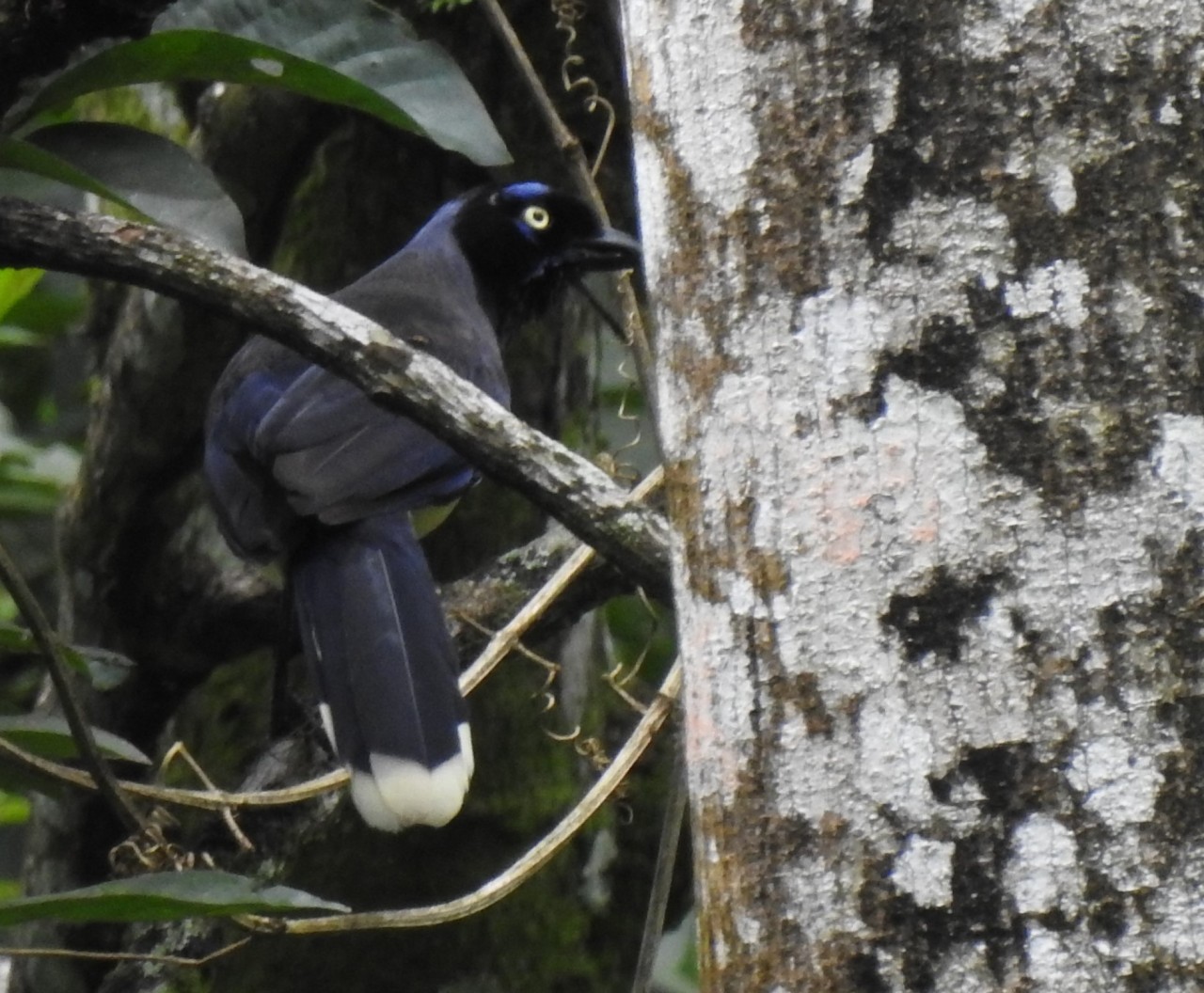 Unless I travel beyond the Turrialba area it is increasingly difficult to find a species that’s new to me in Costa Rica. And this despite the fact that I have seen and identified only about two thirds of the country’s more than 900 species. Our recent trip to Cahuita, on the Caribbean Coast, would have been a thoroughly enjoyable experience even without birds since I was accompanied not only by the usual buddies, John and Larry, but also by Larry’s wife, Vera, and my own totally unpredictable wife, Ches.

Imagine my delight, then, when one of our target species, the Black-chested Jay (Cyanocorax affinis) appeared reliably each day at the locations that John had already identified. Unlike the annoyingly loud and common Brown Jay (Psilorhinus morio), which is found country-wide except in the south, the Black-chested Jay is an unobtrusive species that mostly stays in thick vegetation and whose chief call note has none of the grating qualities of many jay species.

The species has a very limited distribution in Costa Rica, where it is at the northernmost tip of its range. It is uncommon and local on the Caribbean Coast here and then is found eastwards and southwards in Panama, Colombia and Venezuela.

There was much, much more to explore and see near Cahuita, in terms of both coast and forest. My next post will look at a couple of shorebirds.