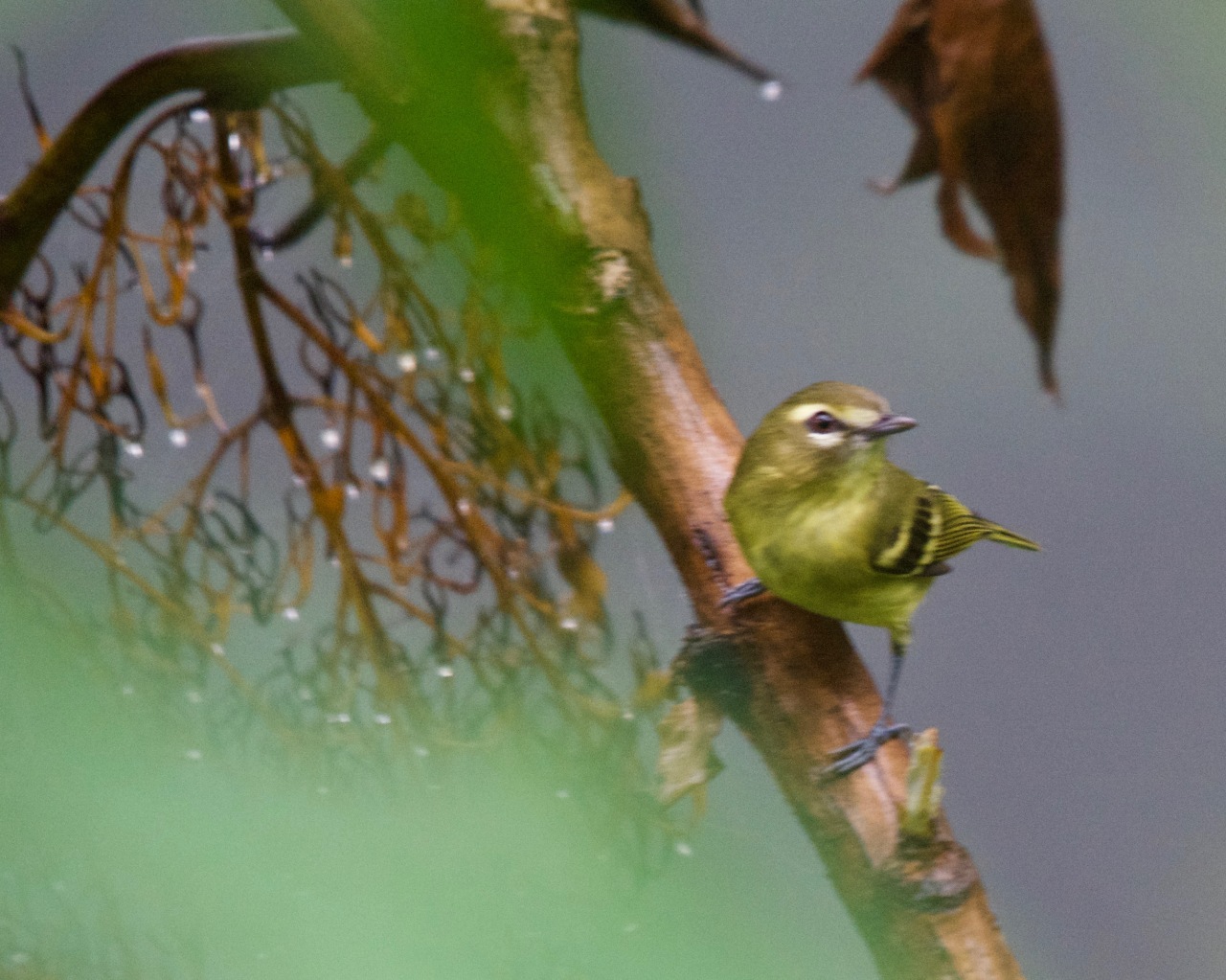 Another of the endemics that is relatively common in the high mountain area of the Turrialba Volcano is the Yellow-winged Vireo (Vireo carmioli). It’s a pretty little bird with yellow spectacles, often around a broken white eye ring. This feature does not show up well on today’s photos. There is really no other species in our area with yellow wing bars and underparts, though I suppose an adult Pine Warbler (Setophaga pinus) might cause confusion. The latter, however, is only a casual migrant in Costa Rica and I have never seen one here.

The Yellow-winged Vireo is often accompanied by another mountain endemic, the Flame-throated Warbler (Oreothlypis gutturalis). They share the same elevation range from around 1500-1600 m to timberline.

Note the colour of the throat, which in our area varies from yellow to orange but rarely looks like the red-throated birds of the field guides.