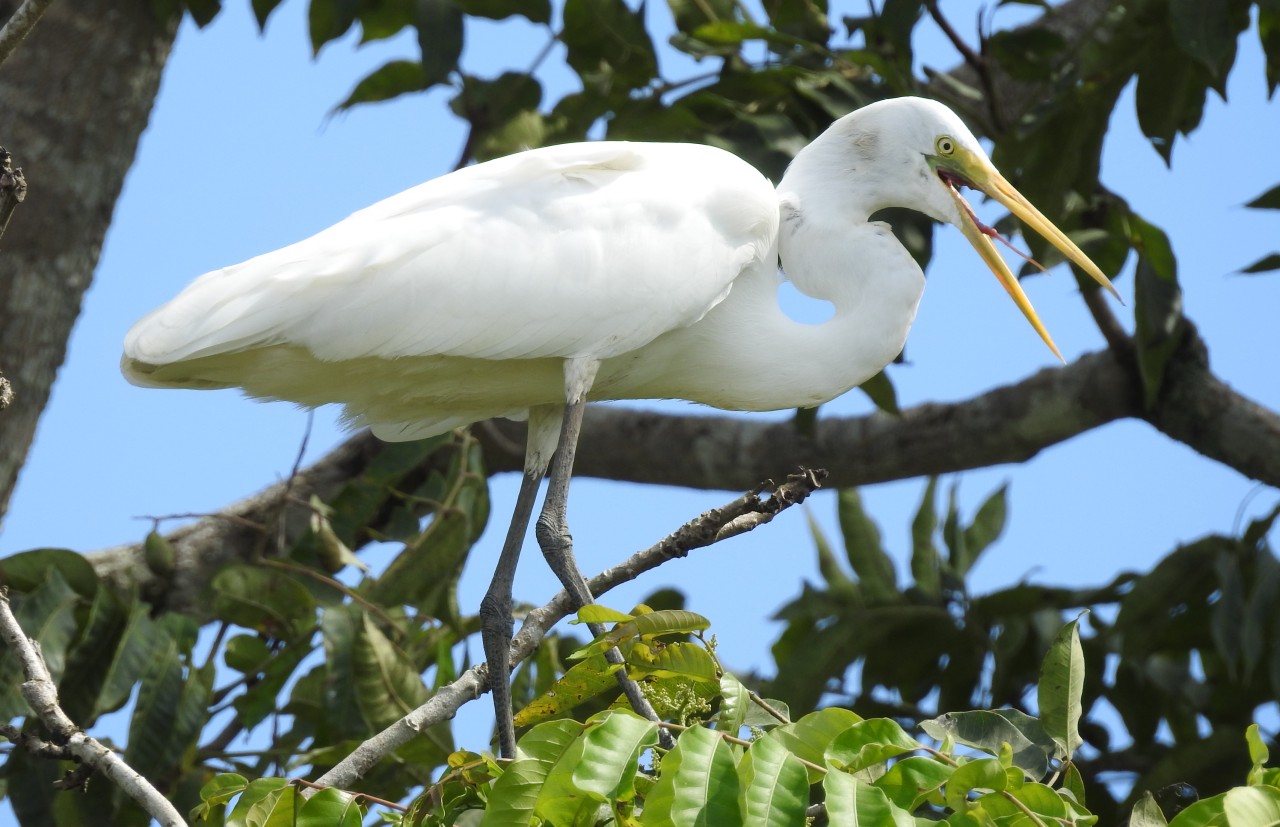 The Great White Egret/Great Egret (Ardea alba) is found in both the eastern western hemispheres but it isn’t a species that I imagined I would find here in England. In my Costa Rican home it has appeared at the ponds in my garden (much to the dismay of my koi fish – if fish can be dismayed), and of course it is a very common species throughout those parts of the Americas where cold temperatures are not too extreme. In the Old World this large egret is normally found no closer to Britain than the Danube delta in eastern Europe or in northern Africa.

I have no access to photographs of the species taken in Britain but here’s a photo of a typical adult bird in southern Costa Rica:

Since 2012, however, a small colony of this species has become established on the Somerset Levels, where I recently was able to see as many as 9 individuals within just a couple of hours. That supposedly represents a good proportion of the population present here.

Walks on the Levels are a delightful experience, even though these summer months are the least interesting in terms of bird life. I will miss the start of migration here, which will bring a rich array of water birds, in particular, to this part of Somerset. Bird-watching is still highly enjoyable nonetheless, with the watery environment attracting a good number of species year round.

I add here a species whose sighting, given my limited birding experiences in England, made for a memorable day last week in the Avalon Marshes close to Glastonbury. This area is the focal point nowadays for the Arthurian legends. I found little direct evidence of King Arthur, Sir Galahad or Sir Lancelot but was thrilled when a Great Bittern (Botaurus stellaris) not only rose in flight from the reed beds but circled directly above me for a minute or two, as though keeping an eye on me. Again I have no photographs of British birds, even though the Somerset Levels are a stronghold for this species. However, friend Karel Straatman (hi Karel!) photographed the individual below elsewhere in Europe some years ago:

Great Bittern in its reedy environment; courtesy of Karel Straatman 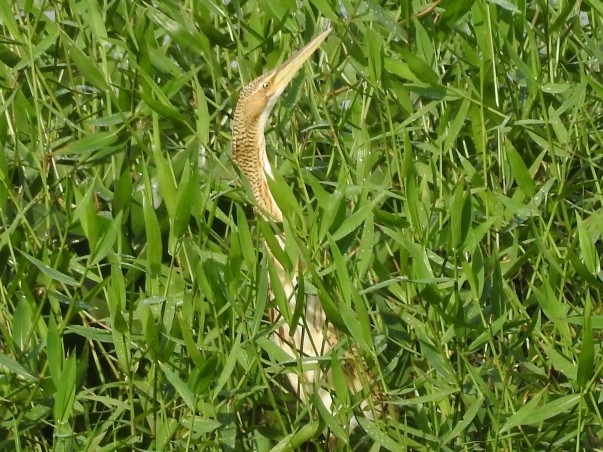 The differences in bill size and plumage colour will be readily appreciated by friends either in Europe or in Costa Rica.