The rivers and streams cutting through the southern Pacific lowlands provide excellent habitat for both aquatic and riparian species. This post deals with some of the former that our trio, John, Larry and I, were lucky enough to spot on our Finca Estrella trip.

The Roseate Spoonbill (Platalea ajaja) is an uncommon resident in the southern Pacific region of Costa Rica, so we were fortunate to spot the adult above, which was accompanied by a paler, immature bird: 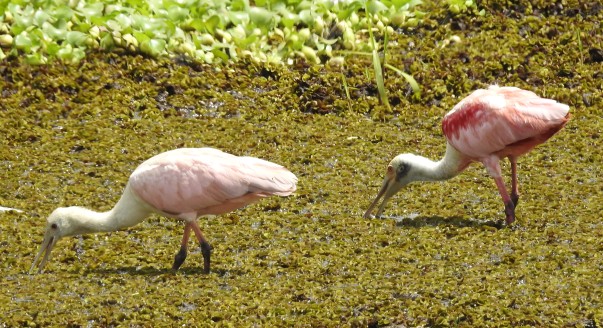 The spoon-shaped bill is here in the water, where it is swept, half open, from side to side to glean any small aquatic creatures. Two Roseate Spoonbills at Ferry El Coto. Photo by John Beer.

At the Rio Colorado we had found White Ibis (Eudocimus alba), both adult and immature birds in this case also:

And here’s an immature bird, whose plumage is quite different: 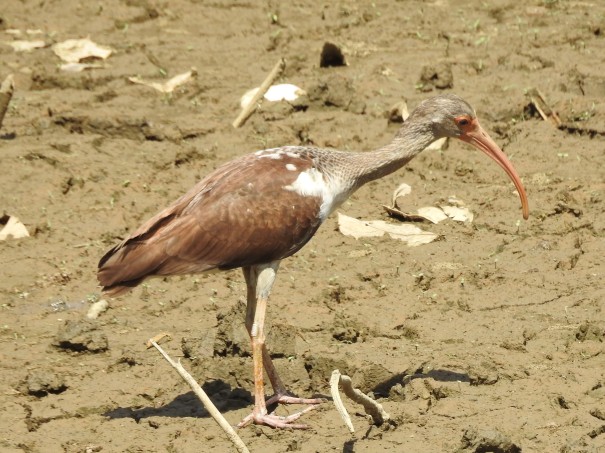 Overlooking the Rio Colorado was this rather fierce-faced Osprey (Pandion heliaetus): 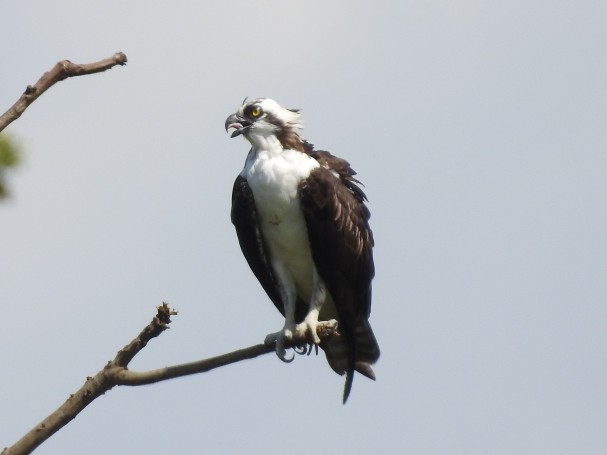 By pure chance and after taking a wrong turn we found a Bare-throated Tiger-Heron sitting on its nest at the roadside.

The yellow, bare skin on the throat distinguishes this species of tiger-heron. Photo by John Beer.

Interest was greatly heightened when we were in this area by numerous riparian and woodland species that were often nearby. These included at least two hummingbird species that were new to us and that I will deal with in the next post.