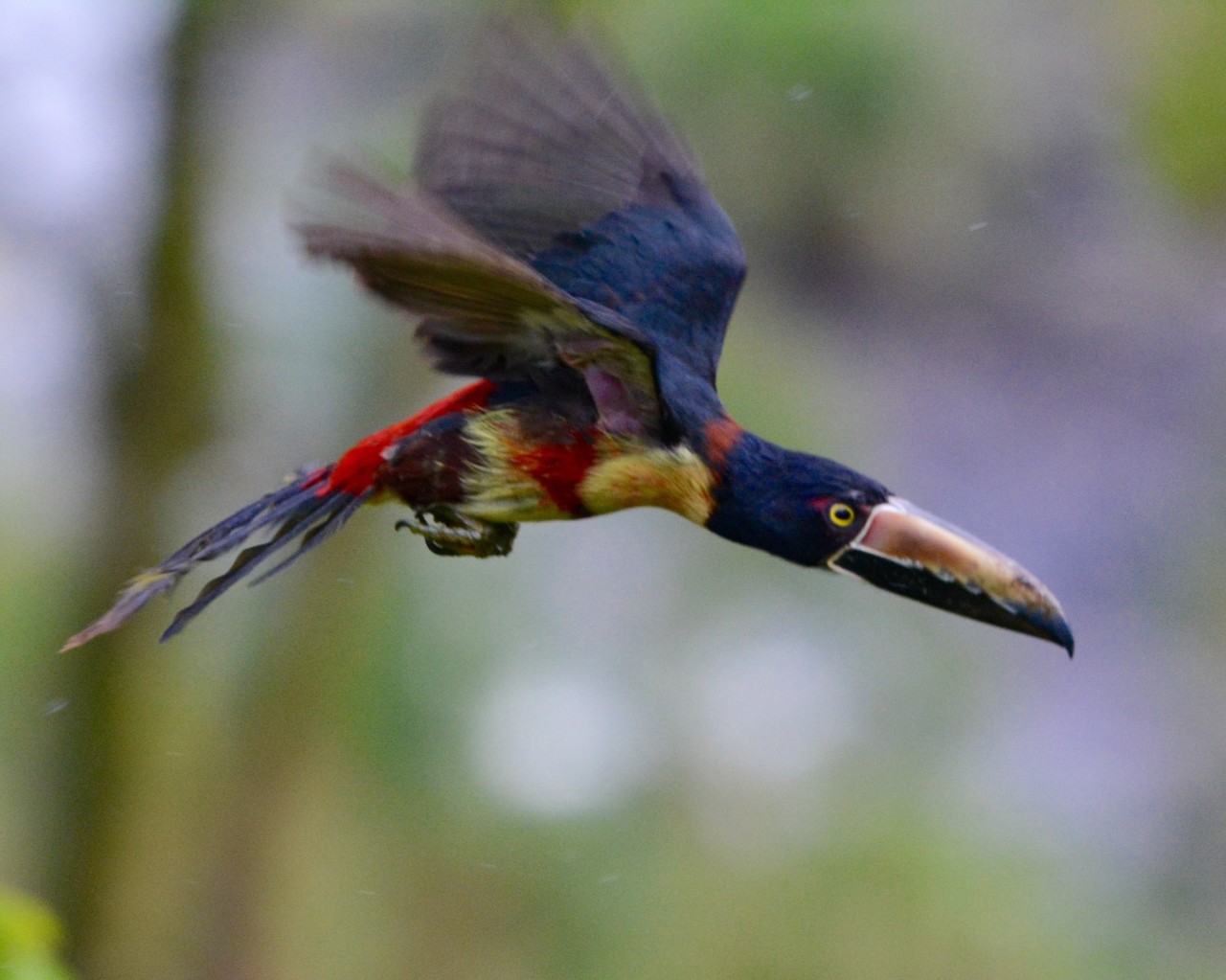 I saw lots of birds in three weeks in Denver, Colorado, and I saw far fewer birds here in Costa Rica in my first three days back at home in Turrialba. But you can get a good idea of the difference in species diversity between what can be seen in most of the northern hemisphere and what can be seen in its tropical regions when you consider that I noted just 47 species in three weeks in Colorado but more than 66 species in just three days close to my house here in Costa Rica.

I think that this was the rainiest January I’ve experienced in Turrialba so far, and the rain has continued in large part into February. Usually summer has already set in by now, but nonetheless there is still plenty of interest for birders.  The following series of photos shows some species that can be found most days: 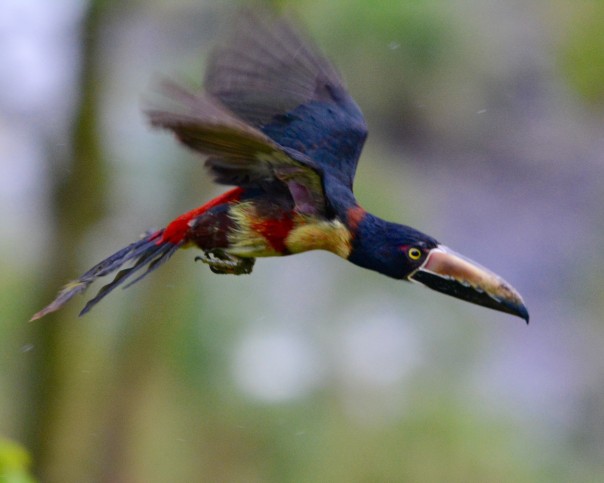 An all-action shot of a Collared Araçari, at nearby Santa Rosa; courtesy of Larry Waddell

Our two local parrots, neither of them a large bird:

This one is not so frequently identified: Brown-hooded Parrot in Santa Rosa de Turrialba; photo by John Beer

Finally, here is our resident hummer, impossible to miss: 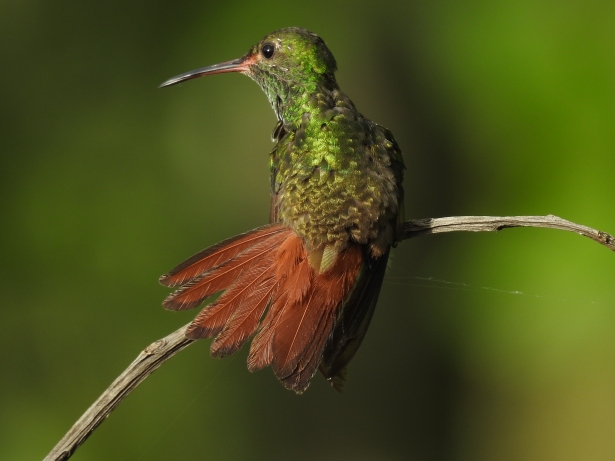 With careful observation you can usually observe around 40 different bird species each day in the garden. Although I can now see my daughter only on Skype, I’m glad to be back!