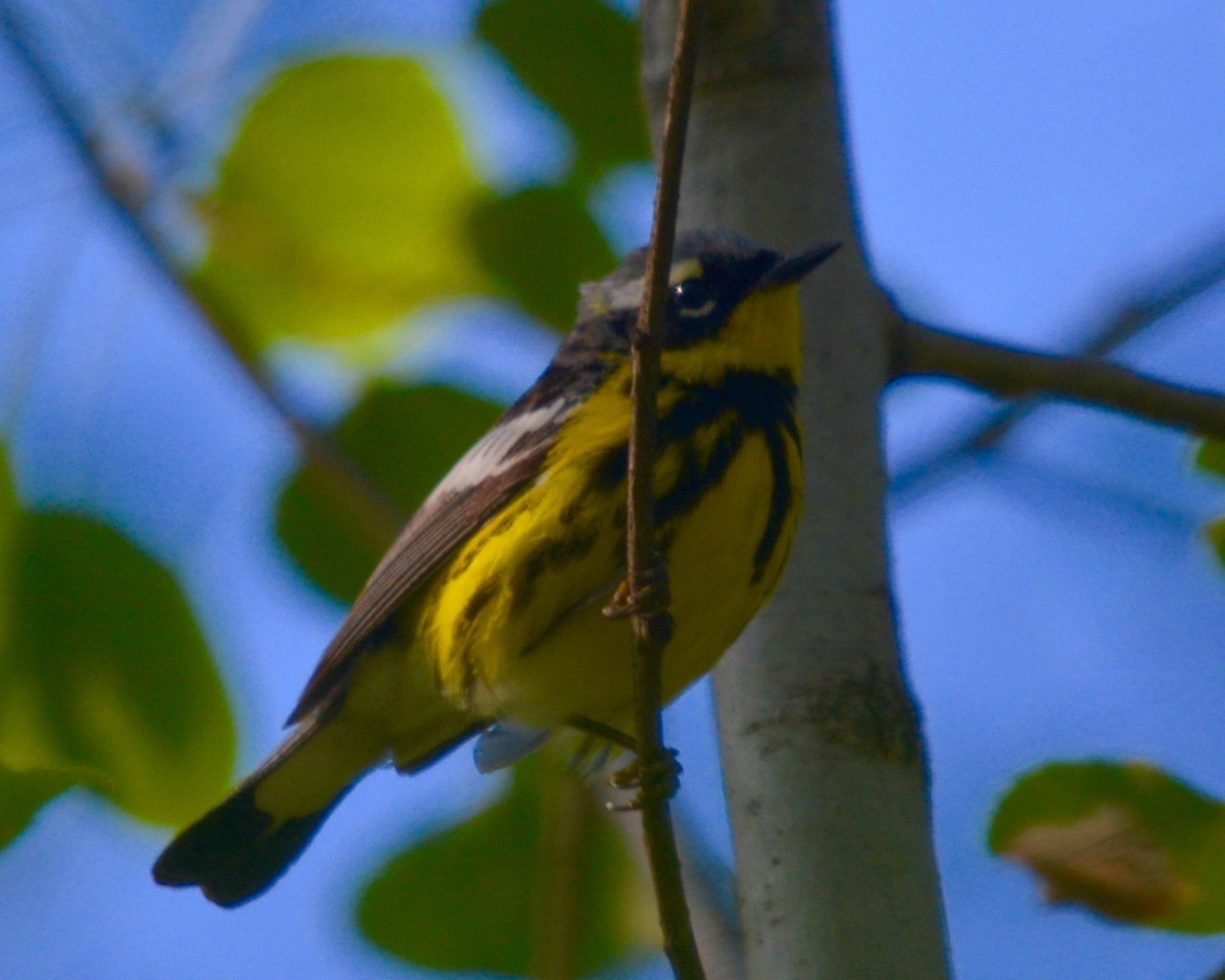 Of some 19 different species of migrant warblers that I have been able to record in or close to the village, the Magnolia Warbler (Setophaga magnolia) is one of the least common. This week’s sighting of a non-breeding male (maybe even a female) at San Diego was only the second time that I have seen this species close to home. In 2010 we did band it twice much lower down at CATIE, but up here I found it previously just once at Santa Cruz (1500 m).

Thanks to friend Larry Waddell, who is still basking in the tropical heat of Minnesota (!), I now have a photograph of a Magnolia Warbler: 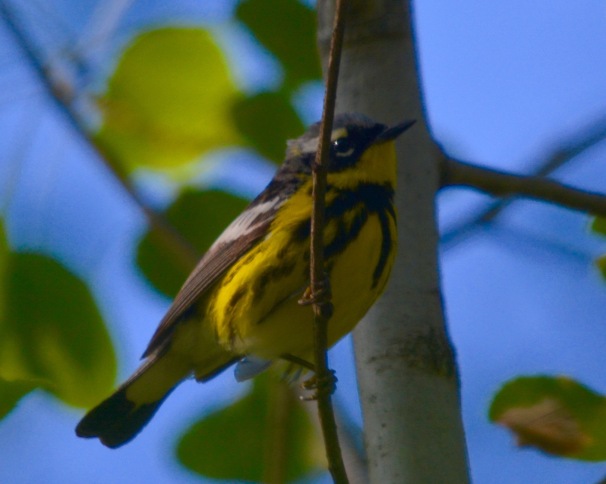 This photo shows the distinctive breast and broad white wing-bar. This warbler also has an eye-catching white band on the tail. This was the feature that drew my attention to what I thought might be a Canada Warbler (Cardellina canadensis), a rather more common species that is being reported here very frequently this month.

This was my first visit to San Diego in quite some time. Friends Chalo and Hannia Porras escorted me down to their cabin (1070 m), a trip that we used to take almost weekly when Chalo was able to get here from his home just outside the capital, San Jose. Our first surprise was to find a Sunbittern (Eurypiga helias) on the main path running in front of the car. This location is many hundred metres away from the nearest stream but another individual also gave its long mournful whistle from somewhere nearby.

Upon arrival at the cabin we could see White-faced Monkeys down below closer to the water course of Quebrada La Loca. They seem to be here with increasing frequency in recent years.

Chalo and Hannia’s neighbour, don Jorge, has a forest path leading to a small but beautiful waterfall that I have described in previous posts. On this occasion, we found, among other species, an Ashy-throated Chlorospingus (Chlorospingus caligularis). This is by far the rarest of the three Chlorospingus species found here in Costa Rica. Previously called bush-tanagers, they have recently been assigned to the Emberizidae (i.e. finches) family.

I currently have no photograph of the Ashy-throated Chlorospingus. Can anyone help?

The list of species found at San Diego on this occasion can be found at: