You can’t invent a better bird name than White-whiskered Puffbird and you can’t find a more beautiful river than the Pacuare.

Looking upriver on the Pacuare from Paso Marcos

At Paso Marcos we were on a path/dirt road to the right-hand side of this picture but this time we barely moved more than 150 yards because the birding was so interesting. John and Milena Beer were with me this time and this is now one of our favorite places, even though it’s about an hour’s drive from Turrialba. This particular trip brought me a life bird, the improbably named White-whiskered Puffbird (Malacoptila panamensis). 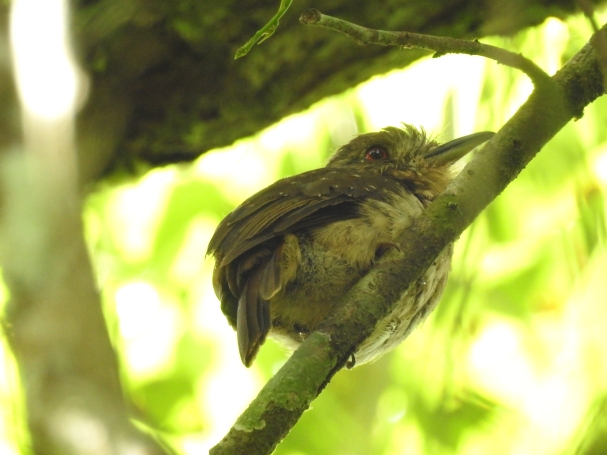 There seem to be very few reports of this species from the Turrialba area and so I include this post in the category of Rare birds. However, this bird may be more common than has been supposed. Puffbirds, of which there are five species (three bearing that name) in Costa Rica, spend most of their time sitting quietly waiting to pounce on unsuspecting insects, lizards, etc. My old eyes would never have found this particularly drably attired species, but fortunately Milena spotted the male’s chunky silhouette in a tree right next to us, where it had probably been all morning. Here I am, getting my first view: 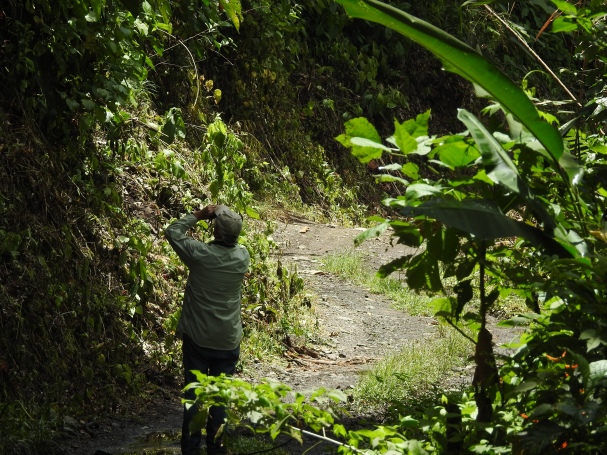 What can it be?

The great thing about puffbirds is that, once discovered, they sit there nicely to have their photograph taken. John was delighted. Here’s the female, which we did not find for quite a long time:

It’s a female but there’s a hint of whiskers here!

The noisiest bird in the area was the Dusky-faced Tanager (Mitrospingus cassinii). It’s still dusky-faced but is no longer a tanager, having now been placed in its own separate family.

Dusky-faced Tanager, but what is it feeding on?

This species certainly does not behave like a tanager. Instead it shares the foraging habits of New World sparrows and finches. Here’s one of our fairly common sparrows that John found at the same fruit as shown above: 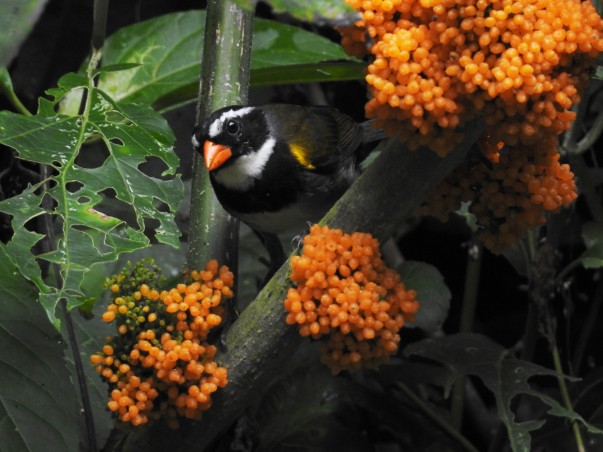 To end this post here are three nice birds that we have found on more than one visit to Paso Marcos, beginning with a true tanager:

The only hummingbird that we managed to identify this day: 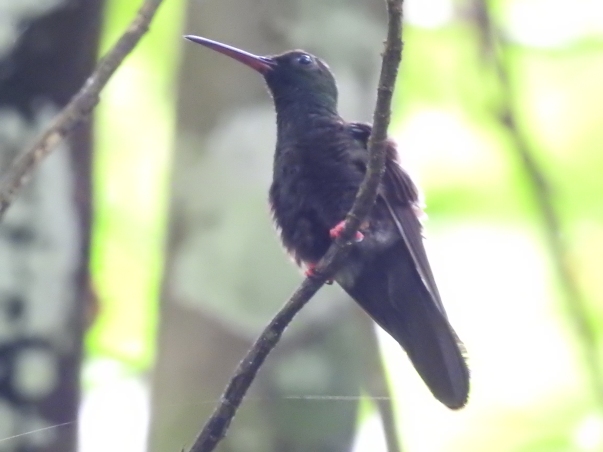 And finally a woodpecker common further north and west, and now here too: 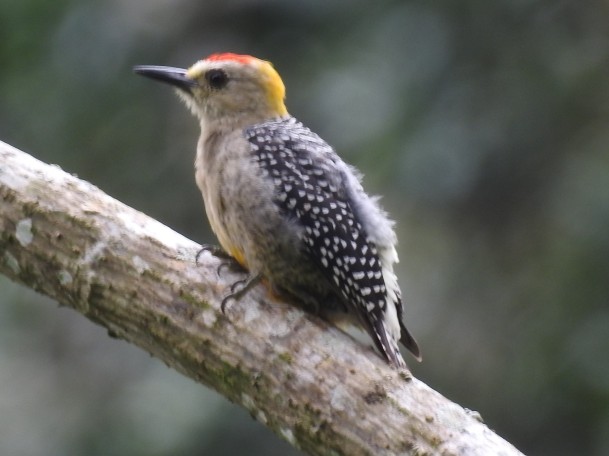 As always my best thanks go to John Beer for his fine photographs, without which my posts would be very much diminished.

The morning’s species checklist can be found at: http://ebird.org/ebird/view/checklist/S38256749