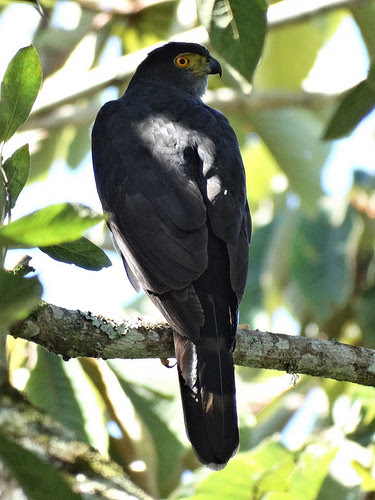 I mentioned the Golden-browed Chlorophonia (Chlorophonia callophrys) in my last post and hey presto!, three individuals appeared today on the football field (in Costa Rica it’s called the plaza) in the tiny nearby community of Las Virtudes. This highland species is found only in Costa Rica and western Panama, above 1000 m and up to timberline (The Birds of Costa Rica, Garrigues and Dean). 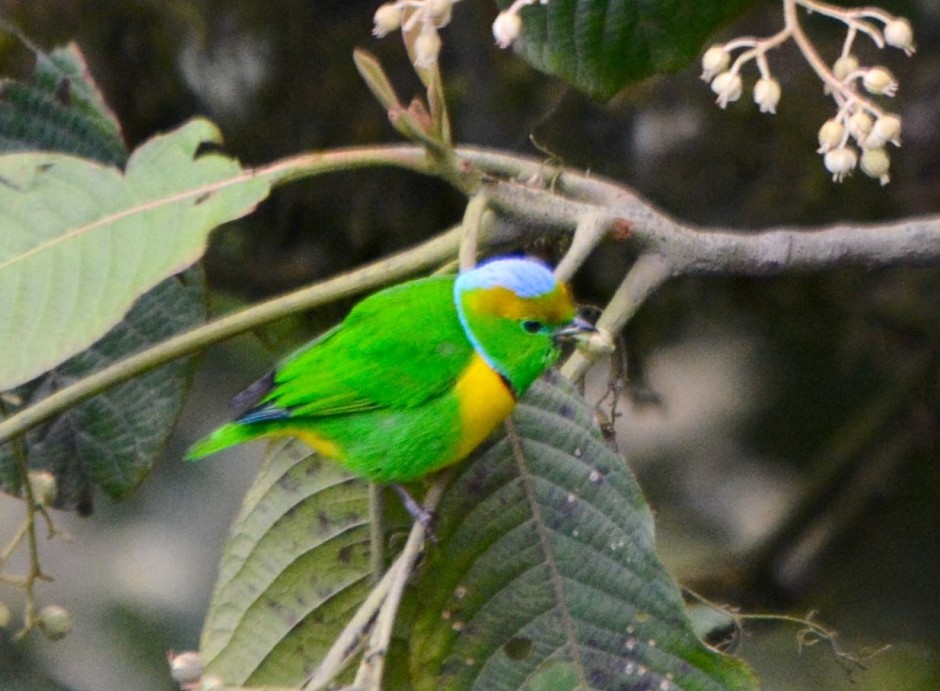 Larry Waddell’s file photo of a male of the species is from a slightly higher location at the Montaña del Fuego restaurant near La Pastora on the Turrialba Volcano road. Its sad call is familiar to many in the village of San Antonio where I live, but the familiarity is from years now gone by and remains only in the memory of older members of the community. The cage-bird trade has taken its toll. In ten years I have never seen the rualdo, as it is locally called, at my home here. The female of the species is only a little less showy

The Chlorophonias and several other songbirds all scattered upon arrival of an adult Bicolored Hawk (Accipiter bicolor) complete with distinctive rufous thighs. Larry has again obliged with photos, this time taken near his home in Aquiares:

This handsome forest hawk gets its name from its contrasting, dark above/light below plumage. It is considered a rare species in most of its range but is found in our area regularly, though not commonly. It preys chiefly on small birds, which it captures mostly in flight after a brief chase.

John and Milena Beer accompanied me to Las Virtudes and Calle Vargas, fairly high locations and thus at the extreme end of the elevation range for this particular species. The full listing for our morning jaunt, which we enjoyed on a beautiful morning and with the Turrialba Volcano displaying mini-eruptions above us, can be found at: