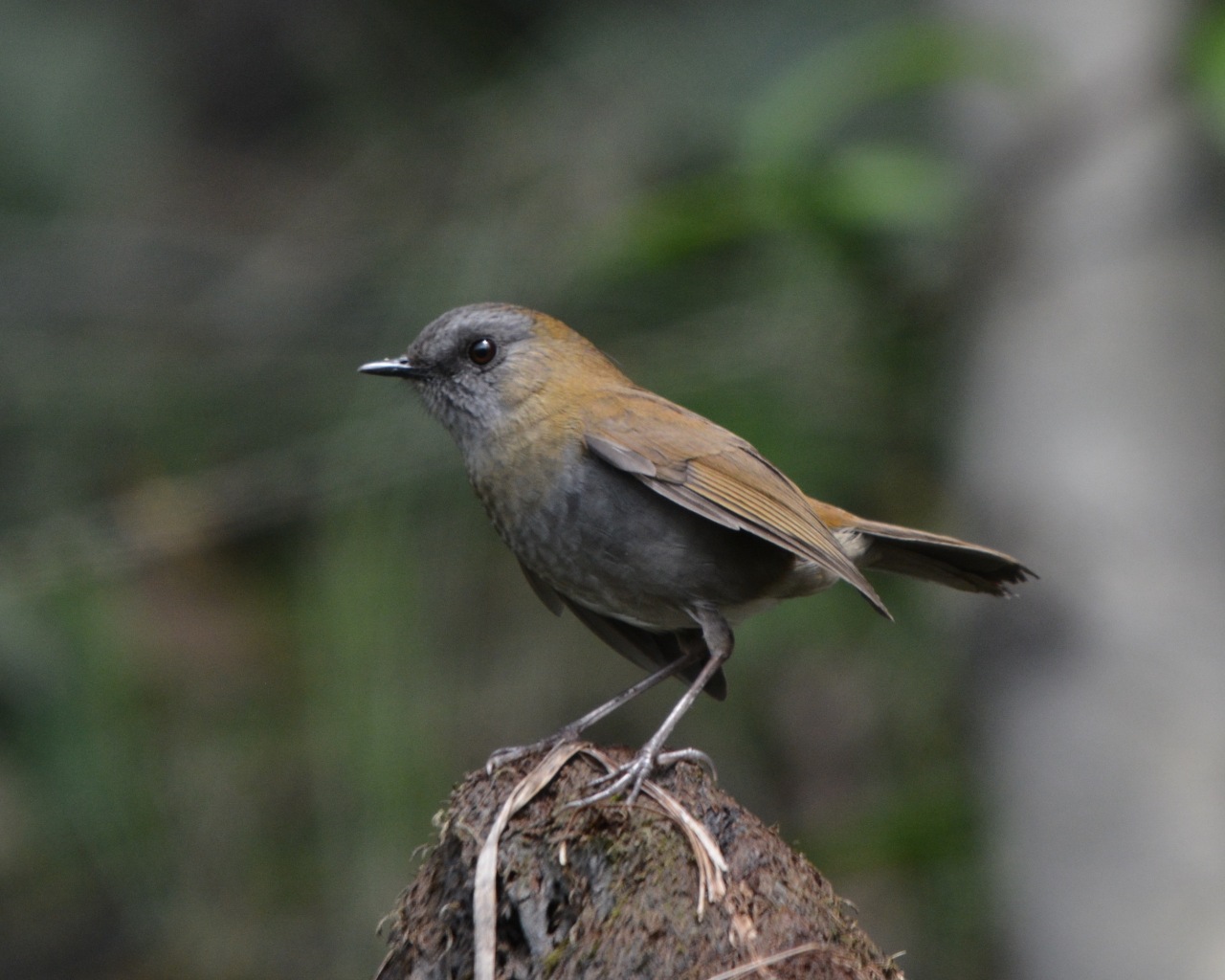 After the most recent and rather serious volcanic activity, many residents were evacuated from their homes and farms on the upper slopes of the Turrialba Volcano. A police post on the main road at the Montaña del Fuego restaurant prevented access by outsiders. Now, however, I find that all roads except for the upper volcano road at the village of La Central are open again, including the road between the Turrialba and the Irazú volcanoes. The big lodge just after La Central was closed, however, and serious flooding and mudslides caused by accumulations higher up the volcano slope have much affected nearby pastures. These effects are expected to continue, the locals say.

Larry Waddell and I drove to El Tapojo, where the Albergue del Quetzal is again in operation, and then downhill on the rather dreadful road (4-wheel drive only) to Las Virtudes and Santa Cruz. At the lower elevation above Calle Vargas we glimpsed a probable female Resplendent Quetzal in brief flight, but otherwise we were able to record only common highland species. Larry’s photos document some of these: 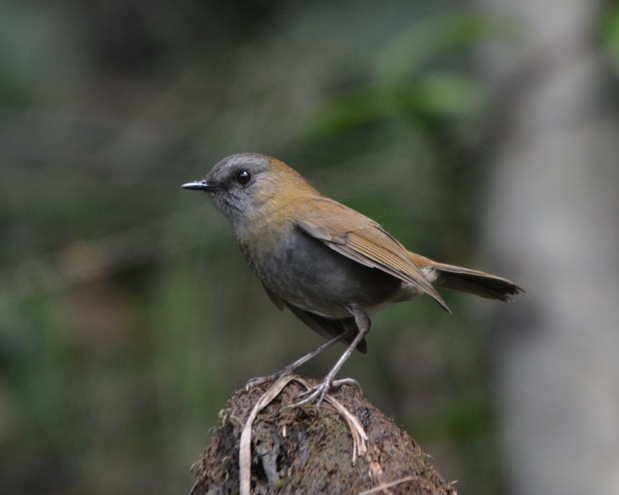 Black-billed Nightingale-Thrush (Catharus gracilirostris): on the Turrialba Volcano slope, this is the commonest of Costa Rica’s 5 species of nightingale-thrush.

We found the Yellow-thighed Finch (Pselliophorus tibialis) almost everywhere. When you spot an all-dark chunky bird fairly low down among the brush, this is the most likely suspect. Since Larry couldn’t get a good photo this time, here’s a file photo by friend Karel Straatman that shows the yellow thighs to good effect. 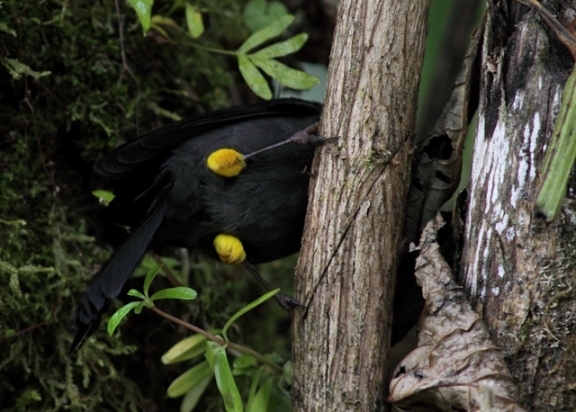 Ask the bird to turn upside down if you want to see the yellow thighs!

Also omnipresent at these altitudes is the Collared Redstart (Myioborus torquatus), an inquisitive little bird that often allows close approaches: 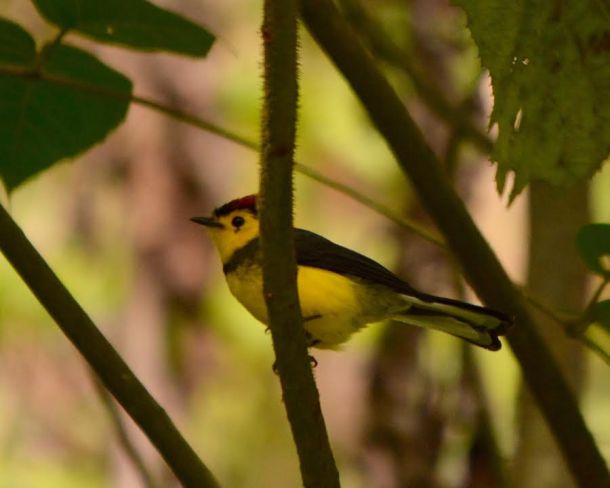 The black collar across yellow breast gives this resident highland warbler its name: the Collared Redstart

Another bird that can’t be missed is  the Sooty Thrush (formerly Sooty Robin) (Turdus nigrescens): 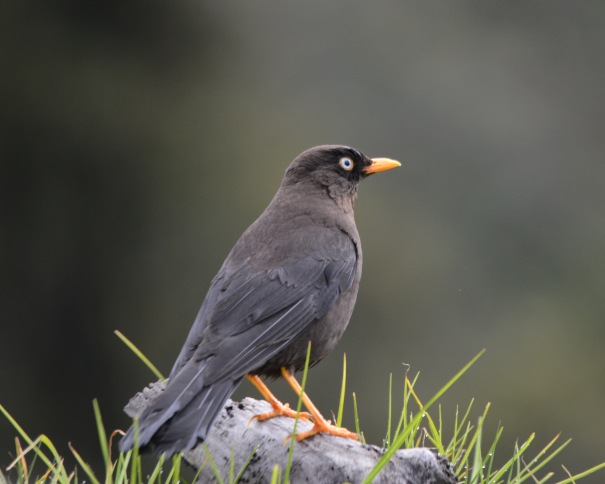 We did find the tiny Volcano Hummingbird (Turrialba variety), but the commonest hummingbird up on the volcano slope is the Fiery-throated Hummingbird (Panterpe insignis): 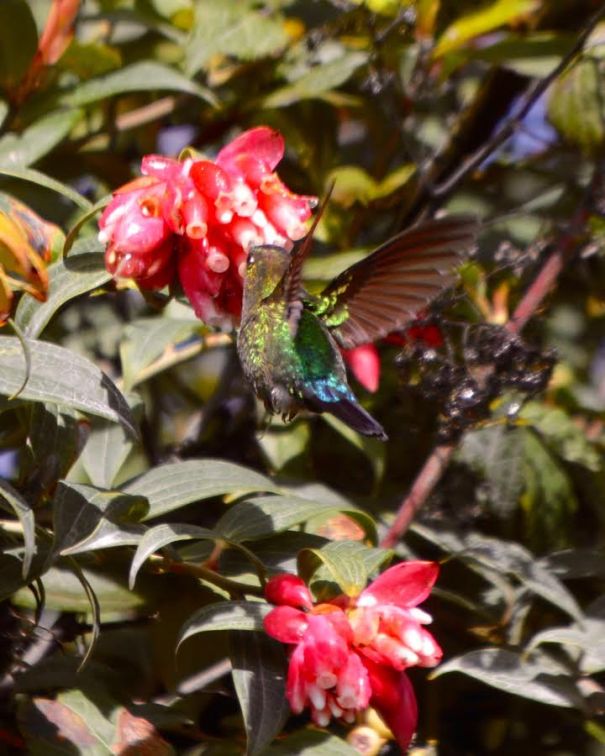 The blue rump is a good field mark for the Fiery-throated Hummingbird, which often appears all dark.

On our return from Calle Vargas to Santa Cruz we had long looks at a juvenile Broad-winged Hawk (Buteo platypterus), but note that this is not a species restricted to the highlands: 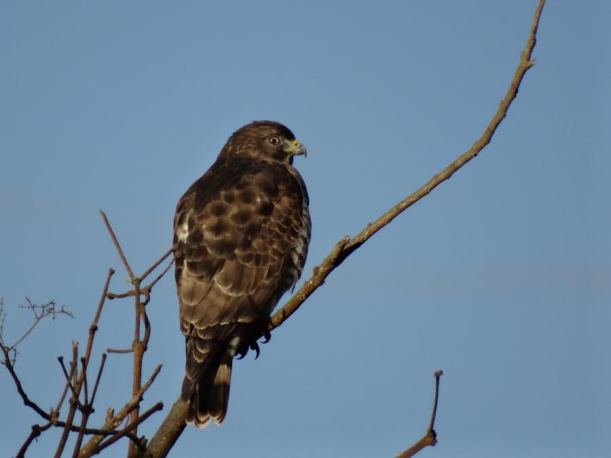 After the Roadside Hawk, the Broad-winged Hawk is perhaps the most frequently observed hawk in our area

The full list of sightings can be found on eBird at the following links: