The most recent official changes made to bird names, both English and scientific, can be confusing. Here, very briefly and without much explanation of why, are the ones that will be of most concern to birders in the province of Cartago, and, more particularly, here locally in the Turrialba area.

First, let’s dismiss a spelling change that converts Brush-finches into Brushfinches (no hyphen). In our area, only two of these pertain, the Chestnut-capped Brushfinch (Arremon brunneinucha) and the rather more common White-naped Brushfinch (Atlapetes albinucha).

Next we have the split in the former Gray-necked Wood-Rail (Aramides cajaneus), a common and widespread species. For our area and for most of the country, this species retains its scientific name but now becomes, in English, the Gray-cowled Wood-Rail. Don’t sweat it for our area, but you’ll perhaps be in trouble in the northeastern part of the country where Aramides cajaneus now becomes Aramides albiventris, the Russet-naped Wood-Rail. The problem is the definition of “northeastern”, which seems vague at best. 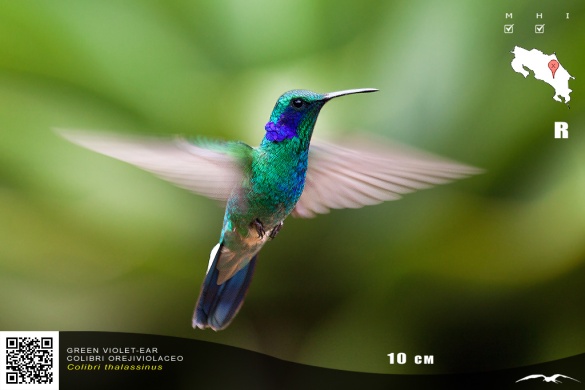 The Blue-crowned Motmot (Momotus coeruliceps) is chiefly a Pacific-slope bird but it reaches the Turrialba area via the Central Valley and is not difficult to find. It now becomes Lesson’s Motmot (Momotus lessonii).

Lesson’s Motmot, an immature with the new name, courtesy of John Beer

We rarely see the Chestnut-mandibled Toucan (Ramphastos ambiguus) in our area. It was given the new English name of Yellow-throated Toucan quite a while ago, but the latest edition of the standard guide The Birds of Costa Rica (Garrigues & Dean) went to press before the change could be made. 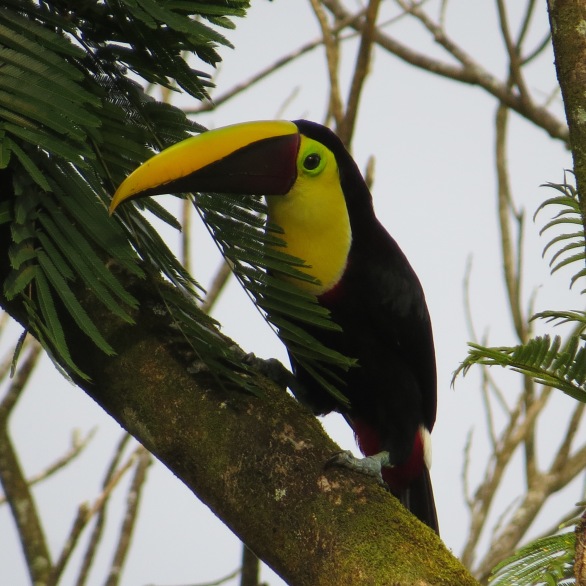 John had to go to Siquirres for this one: Yellow-throated Toucan, courtesy of John Beer