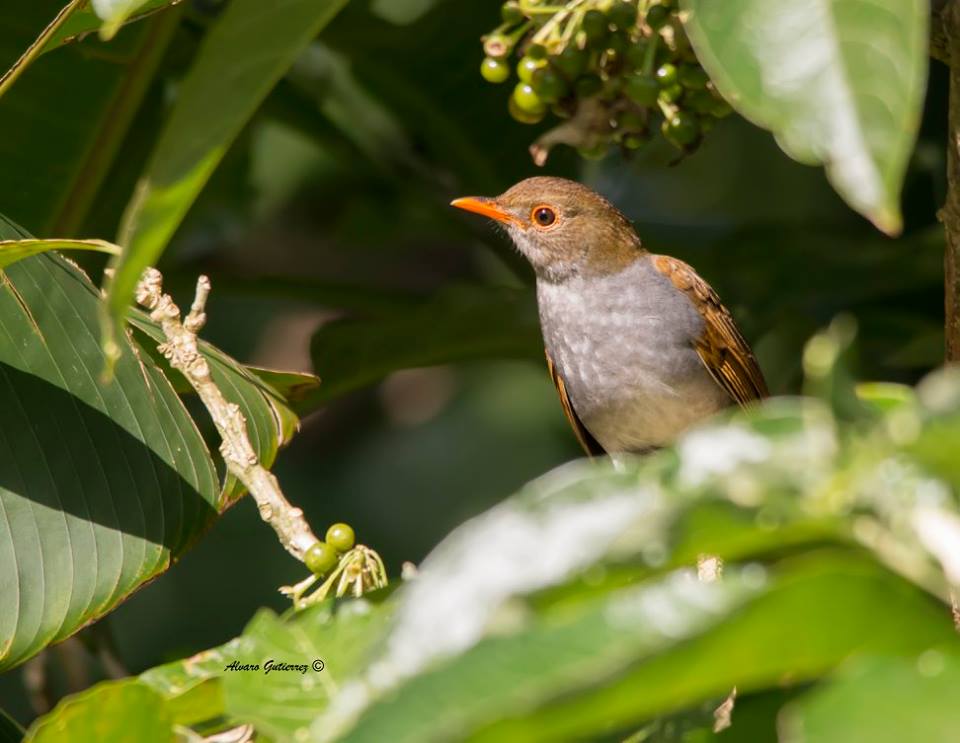 Of the five Costa Rican Nightingale-Thrushes, the Orange-billed Nightingale-Thrush, Catharus aurantiirostris, is the species that is found most frequently in our area. It is widely distributed, from Mexico south to Colombia and Venezuela, though southern birds show a grey, rather than brown, cap. One was even found once in North Dakota!

Visiting birder Alvaro Gutiérrez took this fine photo of what is often a shy bird. I was unable to find it in San Antonio until March 2013, and then it was absent from May of that year until March 2014. After that time it has almost always been in the garden and in the surrounding area, though sightings are fewer towards the year’s end. It usually stays fairly low in heavy vegetation but it often hops around on the ground in the open early in the morning.

Nightingale-Thrushes are slender, dainty and pretty with longish legs. All but one, the Black-billed Nightingale-Thrush (Catharus gracilirostris), have orange or reddish bills. The latter species is found much higher up the slopes of our Turrialba Volcano and seems to be an inquisitive bird that will approach the observer quite fearlessly.

Here is one photographed in Costa Rica by friend Karel Straatman: 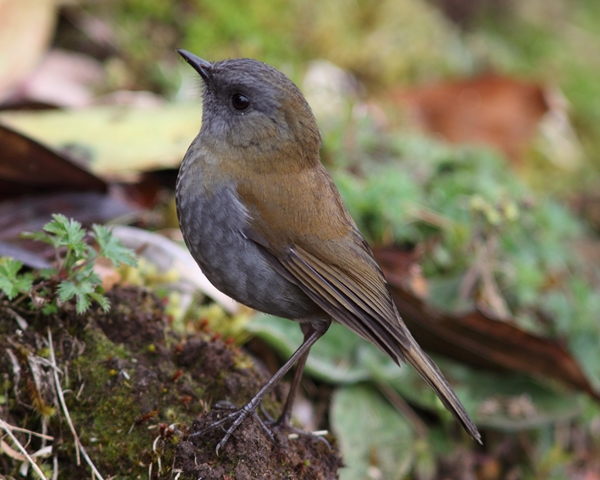 Not at all gaudy, but what a beauty! Black-billed nightingale-thrush

I have to date identified only 3 of the nightingale-thrushes, the third one being the Ruddy-capped Nightingale-Thrush (Catharus frantzii), whose range overlaps that of gracilirostris but tends to be a little lower. Karel Straatman is again responsible for this fine photo: 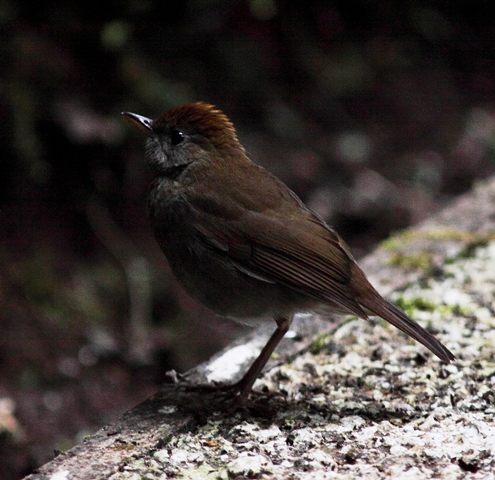 The remaining two species, the Slaty-backed (Catharus fuscater) and the Black-headed Nightingale-Thrush (Catharus mexicanus) are theoretically possible here. Mexicanus prefers elevations between 300 and 1000 m, while fuscater should be fairly common on the volcano slope here. I may indeed have glimpsed it and confused it with the also dark-plumaged female Sooty Thrush (Turdus nigrescens).