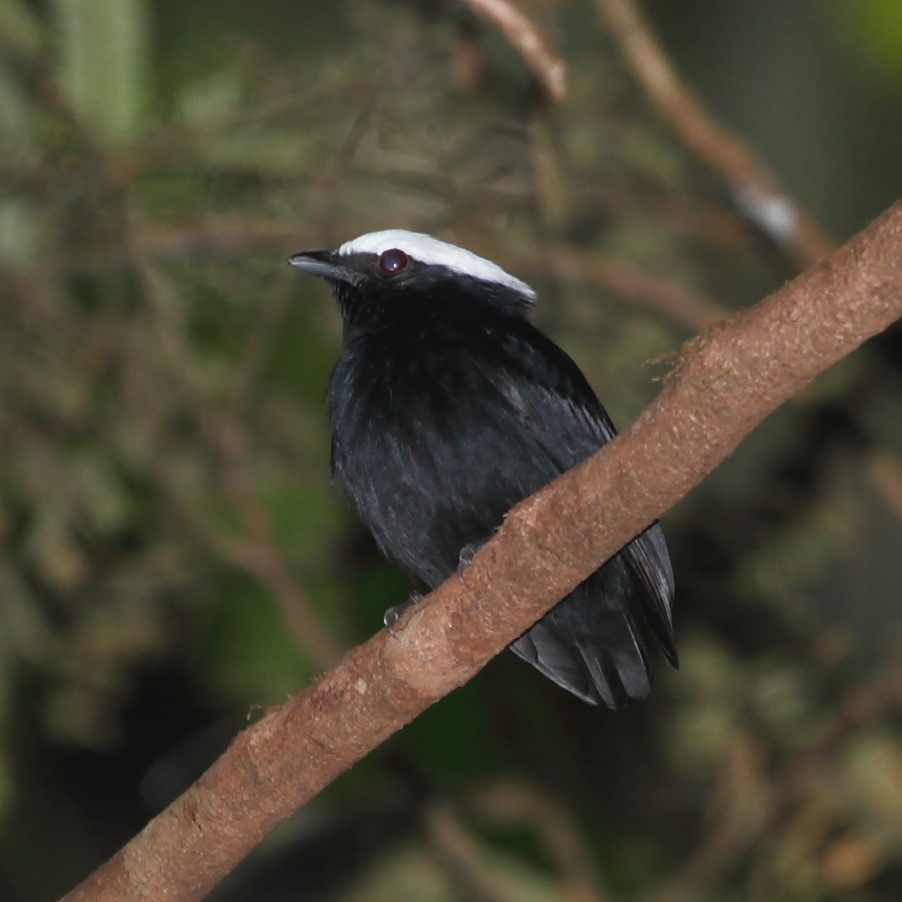 Migration is definitely early this year and each day seems to bring something new. I hadn’t visited my patch down at San Diego for more than a month, so on Monday of this week I took the opportunity to walk down fairly early in the morning to see what I might see. Migrating swallows were strangely absent, and in fact I ended up with only three migratory species. Among these, however, was a surprise in the form of the Yellow-throated Warbler (Setophaga dominica). The excellent photo below comes by kind courtesy of Kenneth Cole Schneider and flickr’s Creative Commons. 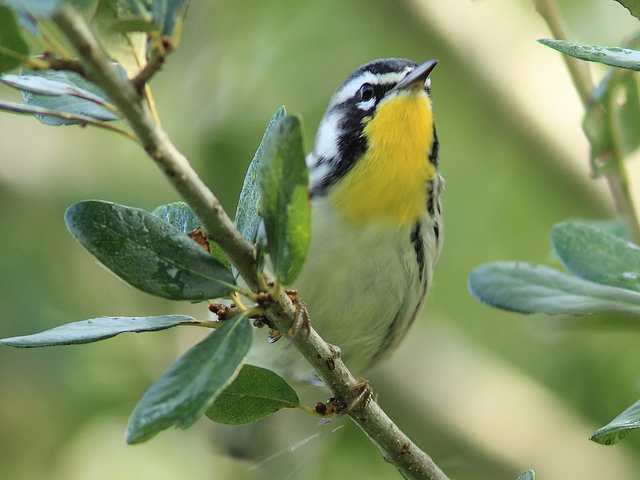 The first location really hopping with birds was the now abandoned cottage plot that belongs to Chalo Porras’ brother. This site is an open area on the fringe of thick forest and a steep drop down to a stream below. Chestnut-headed Oropendolas were in the highest trees, and a mixed flock of small songbirds included a pair of what I took to be Yellow-olive Flycatchers (Tolmomyias sulphurescens) with a begging juvenile. My best looks were of the juvenile, and at close quarters the broad, slightly flat bill is very noticeable. As mentioned in Stiles & Skutch (A Guide to the Birds of Costa Rica), which I think should be called THE Guide to the Birds of Costa Rica), the iris of the juvenile is brown, not pale. I am a little concerned that the nesting period for the species ends in June! Why is a juvenile still begging?

This species is much more common here than the look-alike Yellow-margined Flycatcher (Tolmomyias assimilis), the iris of which is always brown. A quick check of eBird’s wonderful data base shows that there is only one recent local record of the Yellow-margined, down on the Rio Pacuare at Tres Equis, which leads me now to question a sighting of mine from my garden last December, 2014.

After the little mixed flock passed, another flock appeared, this time huge, of up to 75 Chestnut-headed Oropendolas. My wife had actually spotted the same flock up above at San Rafael shortly before. My final thrill (yes, Richard, it is a thrill) was my first glimpse of a male White-crowned Manakin (Dixiphia pipra), an uncommon Caribbean species but here well within its range (500-1500 m elevation). I still need a photo of this species, one that doesn’t require many complicated permissions. 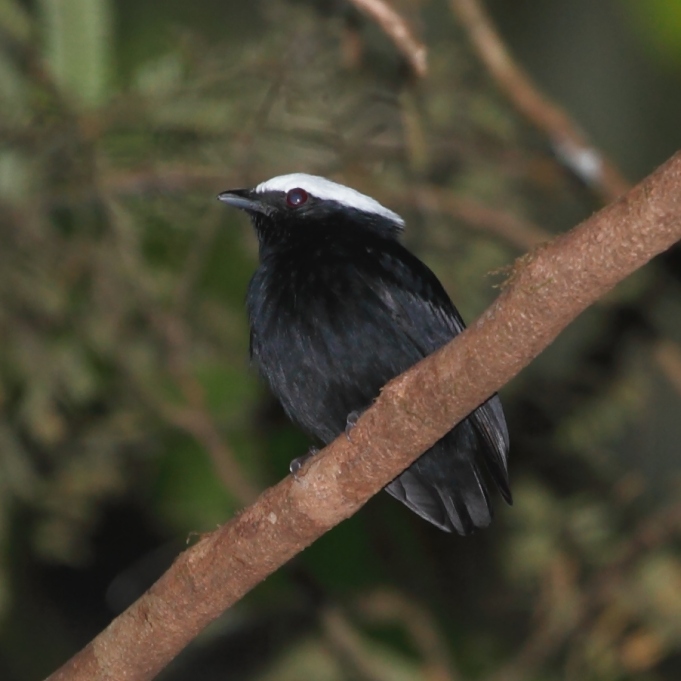 Here now is the list for my morning visit to San Diego de San Antonio: