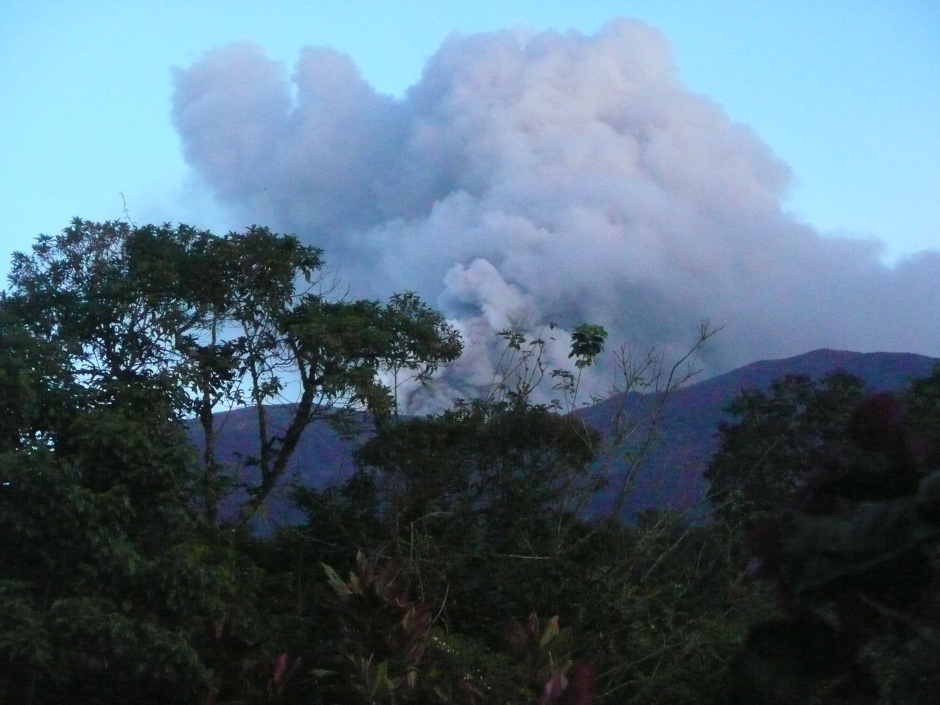 The big news here in San Antonio is the latest mini-eruption of the Turrialba Volcano. The school opposite our house is closed and we get a strong whiff of sulphur from time to time. We are lucky to be upwind of all the nasty ash effects, which go almost exclusively westwards. People are asking if the local birds are affected. I think not here at 1300 m elevation, though clearly birds at the highest elevations must have moved downhill to some degree.

The only real novelty in the last few days has been the repeated visits to the banana feeder of an adult Blue-crowned motmot (Motmotus momota). It’s such a well-known bird that I had almost forgotten how exquisitely beautiful the colours of its plumage are until these now regular visits. It’s a fairly large bird, reaching a length of 16″ when you include the tail with its feather-duster tip, but I think I have mentioned before that in these 6 years  I have had only rare glimpses, and then never in my garden. Now, however, this individual gobbles bananas at least twice daily,  right in front of the window, as I sit here typing. Here’s a really nice file photo, taken in Costa Rica courtesy of Karel Straatman:

The pájaro bobo, on view in the Americas all the way from north-eastern Mexico to northern Argentina

Today’s final photo is of the Turrialba Volcano, taken by friend and neighbour Sue Magree from her home in nearby San Rafael.