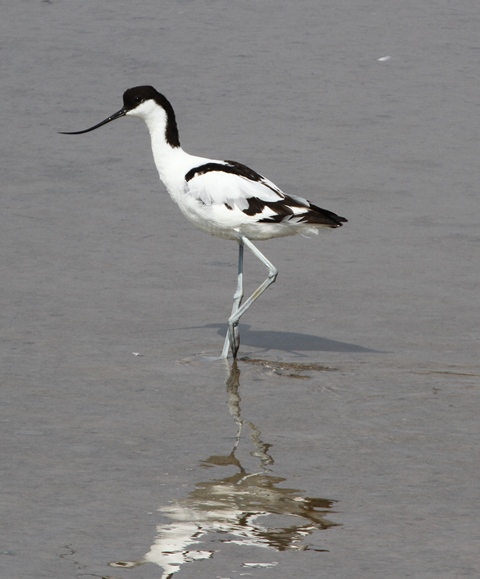 My European stay continues to be a wonderful adventure, and recent trips to various locations in Provence, France, have allowed me to see new species.  Here’s a quick run-down of waders that I have been able to add in the last few weeks, mostly from the Camargue region.   None of them is a really rare bird, but many of them bear comparison with similar species in Costa Rica, and several of them are quite beautiful. 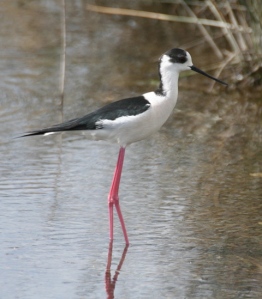 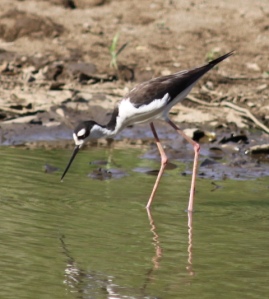 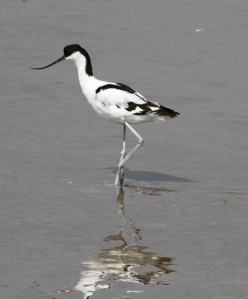 Avocet at the Camargue

The corresponding species is the American Avocet (Recurvirostra americana) 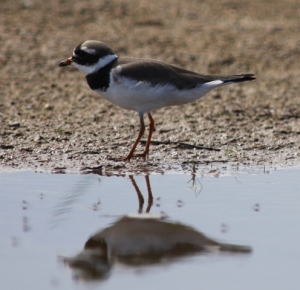 In the Americas there are several small, confusing plovers of the kind that make quick little runs across sandy beaches and mudflats.  It’s a bit easier in Europe, where the main problem is distinguishing these two.  The Little ringed plover, however, has no wing-bar in flight and its legs are much paler than the yellow of the Ringed plover. 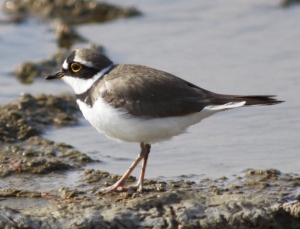 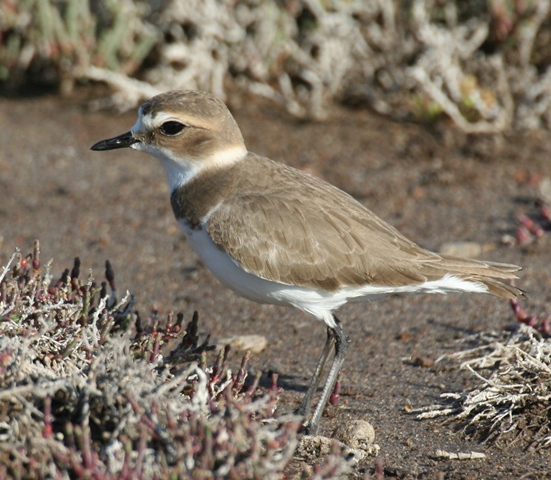 The incomplete neck ring (even in breeding plumage) and pale appearance make this one a little easier to identify.

What a lovely bird!  We saw small flocks of up to twenty on the stony wastes of La Crau, a very distinctive and beautiful habitat near the Rhone delta. 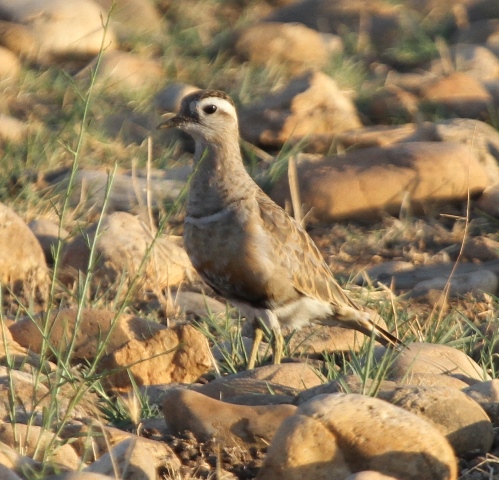 The white rump in flight and the down-curved bill make this one easy to distinguish, even when not in its ‘ferruginous’ summer plumage, like the bird on the right here. 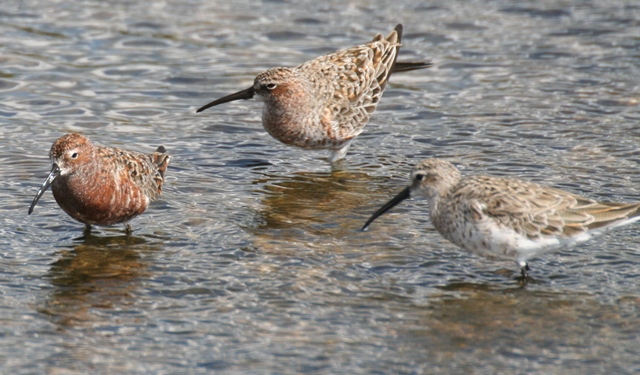 In America, there are numerous species of ‘peeps’, making identification extremely difficult.  In Western Europe, a tiny peep is almost always this species.  Next size up is the Dunlin! 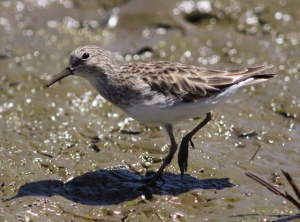 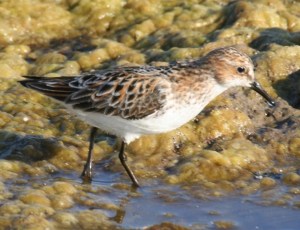 A darker (and in summer all-black) version of the Redshank.  These and the Greenshank seem to be the European versions of our Greater and Lesser Yellowlegs, but with legs of a different colour, obviously! 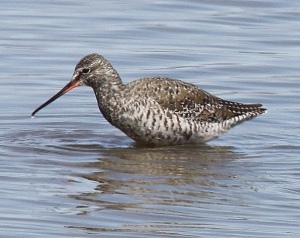 Spotted redshank with its long bill and dark wings

Compare this one with the Redshank. 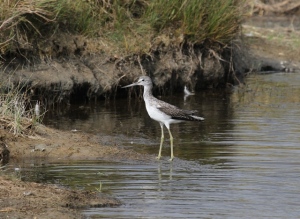 Redshank in spring plumage in Holland

The counterpart of our Spotted sandpiper.  Its flight and behaviour give it away rather easily.  No spots, however! 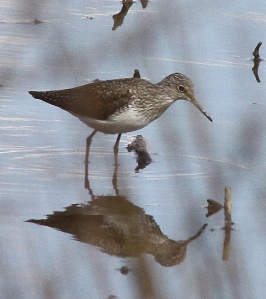 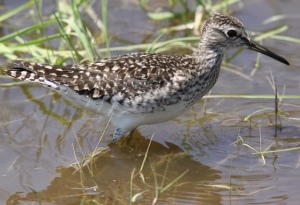 Both slightly different species to those in the New World. 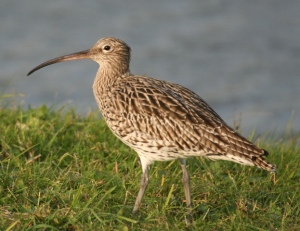 A fantastic bird to see up close with its yellow eye seeming to stare at you.  Our equivalent is the Double-striped thicknee (Burhinus bistriatus), whose picture must, for the moment, stand alone.  We had a good look at the Stone curlew on the stony waste of La Crau, but there was no chance of a photo. 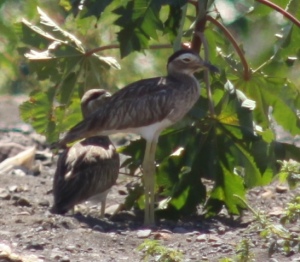 3 thoughts on “New birds for me in Europe – Some waders”