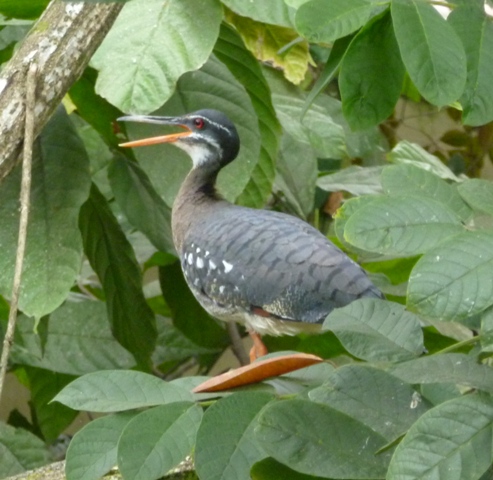 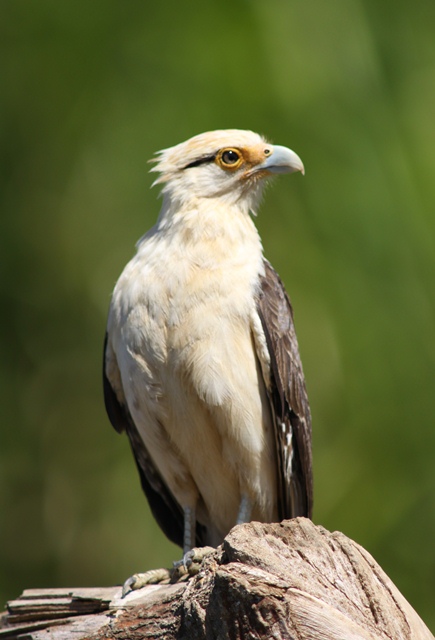 It eats carrion and refuse but it’s a beautiful bird.  You just don’t expect to see the Yellow-headed caracara opposite the post office in the centre of Turrialba.  I often have to go down there on the 5:40 am bus but there’s not much birdwatching involved.  True, there are always flocks of Crimson-fronted parakeets squawking overhead, but while this would be big news in most countries it’s routine here.  The caracara is not routine.  The only time I have seen this species in our area was on the CATIE campus when two birds were harassing the egret colony.  On this occasion, I was stunned to see what at first appeared to be an over-large pigeon eating trash on the sidewalk opposite the post office.  Not a pigeon, a caracara! It then flew to the top of the telegraph pole outside the post office and sat there patiently.  It was still there giving me excellent close-up views when I had to leave for my appointment.  I needed neither binoculars nor camera.  These nice photos by Karel Straatman were taken elsewhere in Costa Rica, because this species is a Pacific Coast bird that has invaded from Panama since the 70s in the wake of deforestation.  The last time I saw this species of caracara was down on the Pacific Coast where one was sitting on the back of a dying cow picking off ticks while, presumably, waiting for a bigger meal. 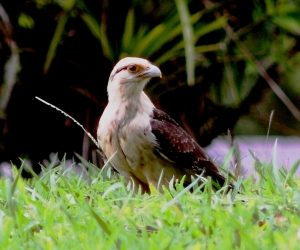 The caracara is frequently seen down on the ground

The only bird I always look for in the town is the Sunbittern (Eurypgya helias), because it is often to be found on the Rio Colorado, which winds its way, polluted and full of trash, down through the town to join the Rio Turrialba.  How the Sunbittern and sundry herons (usually Green heron) survive the muck is a mystery to me.  Amazingly, on this particular morning I found one at the bridge near the Merayo bakery and then three next to the Wagelia Hotel.  Two were engaged in billing and cooing, like a pair of pigeons, while the other pottered around unconcernedly in the background.  The following photo was taken on the Rio Colorado in downtown Turrialba but on a different day. 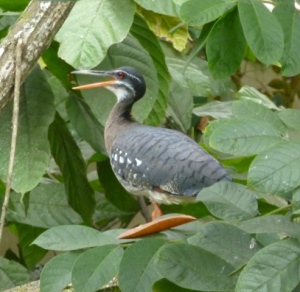 Sunbittern either having a laugh or choking on refuse