My last post described one of the most beautiful birds that we found on our five-day trip to Finca La Estrella in the southern Pacific region of Costa Rica, close by the border with Panama. On the way, however, we enjoyed a complete contrast in temperatures and habitat when we stopped off at La Concepción on the Cerro de La Muerte. This is one of the highest points in the country but is easy to visit because the main road from Cartago to fast-developing San Isidro (better known as Pérez Zeledón) goes over the top close by Cerro Chirripó, which is the highest peak in the country at 12,532 ft (3820 m). The views from the road are quite spectacular but don’t go in bad weather as it can be difficult and you will see only fog. 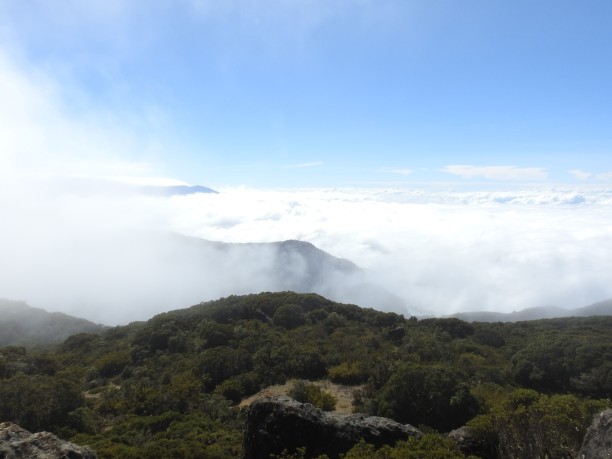 At our stopping point, where the vegetation consists of only brush, rocks and stunted trees, we were looking for highland bird species and were fortunate enough to run across a pair of Volcano Juncos (Junco vulcani).

Note the glaring yellow eye on this sparrow species. The Volcano Junco is fairly common but only above 2700 m. Restricted range in Costa Rica then! Photo by Larry Waddell

This species typically forages on the ground and that’s exactly where we found it. Here are a few of several excellent photographs that John Beer was able to take:

Almost a hawk-like stare from this Volcano Junco; photo by John Beer

The Volcano Junco lives in a stony and brushy environment where temperatures can drop close to zero at night and early morning. Photo courtesy of John Beer.

Other bird species were hard to find and we had mere glimpses of two more highland specialities, the Peg-billed Finch (Acanthidops bairdi), which is endemic to Costa Rica and western Panama, and the Black-billed Nightingale-Thrush (Catharus gracilirostris). The latter is featured in the photos below, taken however at the Turrialba Volcano, here close to home:

The elegant and graceful Black-billed Nightingale-Thrush at El Tapojo; photo by Larry Waddell.

And here’s John’s take at the same location but at an earlier date: 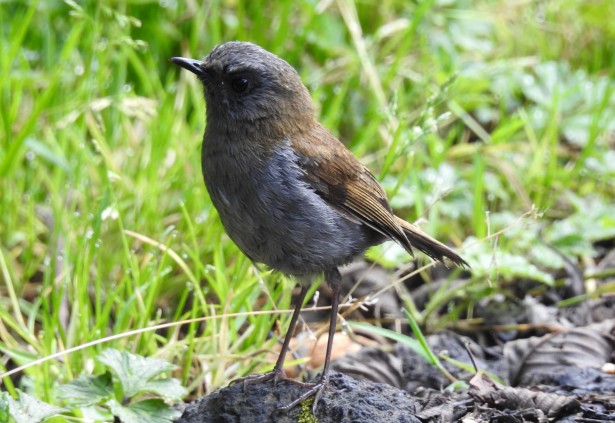 Before we dropped down from the highlands on our way to the Pacific Coast we made the brief but obligatory stop at the roadside restaurant, La Georgina. See my next post for some great hummingbird pics, mostly by Larry.