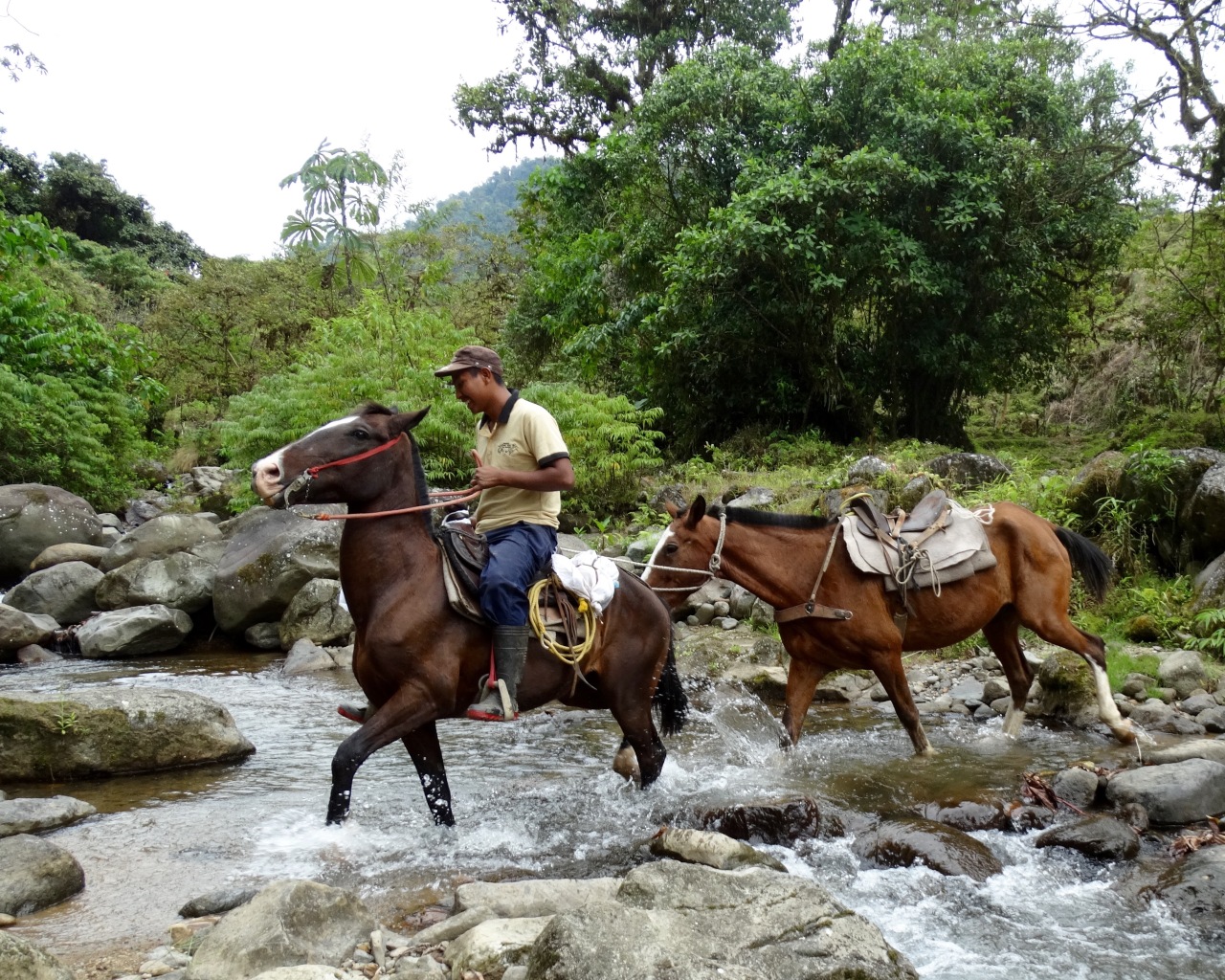 Birding in the Turrialba area? Many of the prime locations are at middle elevations south and east of the town. For example, without straying as far as the famous hotspots of Tapantí National Park or the upper valley of the Río Tuis, there are wonderful options in the thickly forested region accessed by the road to Atirro and Pejibaye . Almost any side road will lead you to excellent birding once you get beyond the sugar-cane fields.

Our group of 4 (John and Milena Beer, Larry Waddell and yours truly) had chosen the hamlet of La Esperanza as our starting point for the walk. This was my second visit, the first being documented, though not in great detail, in my post of May 2016 (Tawny-crested Tanager). The bird of the day was definitely the Ornate Hawk-Eagle (Spizaetus ornatus), which I dealt with in my previous post.

In point of fact the signature species for that area are probably mostly tanagers and on this occasion John and Larry were able to take photos of both the male Tawny-crested Tanager (Tachyphonus delatrii) and the strikingly handsome male and rather drab female Black -and-yellow Tanager (Chrysothlypis chrysomelas). Neither of these tanager species can be easily found here on the Turrialba Volcano slope, but I do have one sighting of the Black-and-yellow from Verbena Sur, just down the hill, where I was aided by Steven Easley.

Below, courtesy of Larry, is a nice shot of a male Tawny-crested Tanager, the dull-brown female being less detectable and therefore more elusive. Both of these tanager species usually travel in small groups, with the Tawny-crested being noisier and found lower down and the Black-and-yellow preferring the forest canopy.

The highlights of the walk from La Esperanza, which can easily be extended to a full day’s hike at higher elevations, include many sections in thick forest plus beautiful river crossings that ensure wet feet! Taking my two trips together, almost 100 different species were recorded. The full list for this second trip can be found at the end of this article. It does not include a Rufous Mourner (Rhytipterna holerythra) found and photographed by John and Milena but missed by me.

Hummingbirds were not very easy to find, but we did locate one that is much sought after by most birders visiting the Turrialba area, a male Snowcap (Microcochera albocoronata):

The final bird pic of the day is of another small tanager, a male Scarlet-thighed Dacnis (Dacnis venusta). This is one of only two of this genus in Costa Rica bearing that name (the other is the much less common Blue Dacnis). It can be found fairly easily in our area, often in company with honeycreepers, but the scarlet leggings that give it its name are not always easily seen.

Blue skies behind the blue of a male Scarlet-thighed Dacnis, courtesy of Larry Waddell

The clear weather held long enough for us to enjoy a lovely picnic at one of the river crossings. As you walk ever further into the back country, the paths and the properties are maintained by indigenous Cabécar families. Some of the last isolated small farms are reached mostly on horseback. 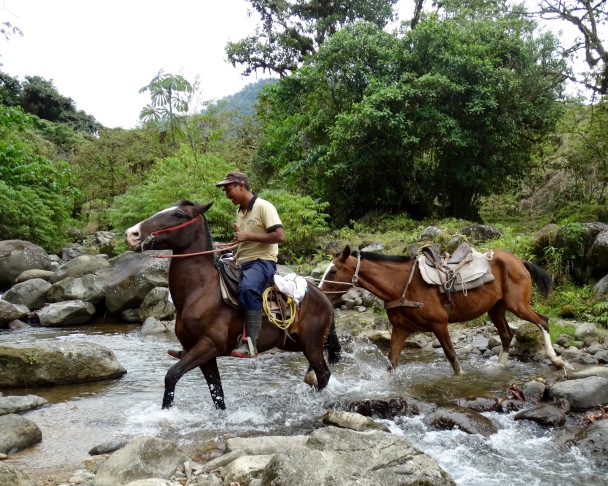 One thought on “Excursion to La Esperanza de Atirro”