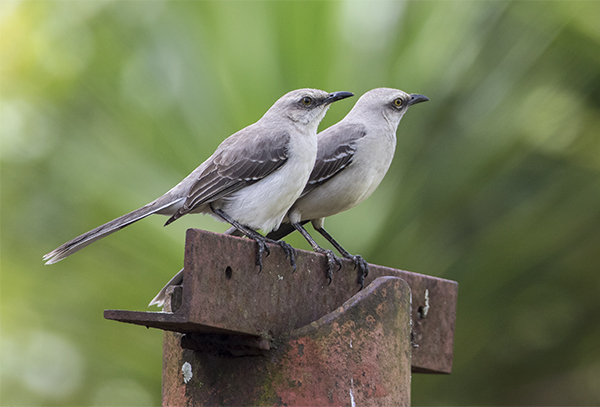 Quite unknown to me, a pair of Tropical Mockingbirds (Mimus gilvus) has been in residence since before Christmas 2015 just a couple of hundred metres distance up the road from my house. Friends and expert birders Steven and Magda Easley not only showed me the birds but also took the beautiful photos below.

This brings back memories of Texas and its omnipresent Northern Mockingbird (Mimus polyglottus), which is the Texas State Bird. The Tropical Mockingbird isn’t a mimic and doesn’t have the same great vocals, such a typical sound of the southern United States, but it does sing very nicely is now widespread in Costa Rica. This is the first time I have seen this species in our area, though Steven says it is also to be found at nearby La Pastora (1625 m) and Capellades (1644 m). I’ll be sure to look around in those areas the next time I pass through.